++revised February 2019 to include extra detail from Gill-Peterson's book.

Eugene Hoff  was born in in St Louis.  He did an MD at Columbia University, College of Physicians And Surgeons 1963 followed by a doctorate in solid state chemistry at University College, London (where he also converted to Catholicism), followed by training and a residency as a psychiatrist at the Washington University School of Medicine in St. Louis, Missouri.

He initially thought of himself as homosexual, but in exploring homosexuality found out that he was not. He was introduced to the Harry Benjamin practice, possibly by Wardell Pomeroy of the Kinsey Institute.

Hoff was a guest on the the NBC television program Not for Women Only where he explained transsexualism from a medical viewpoint referring to trans women as 'men' as was the then practice.


"You can say that you know that you are a woman, therefore you want to be one. But no woman I have ever asked has been able to tell me what that means, and I doubt that transsexuals will be the first to define it."

He took over the Harry Benjamin practice in New York in 1976, after Benjamin's successor Charles Ihlenfeld resigned to begin a psychiatric residency in the Bronx.  This was his first clinic practice other than the residency in St Louis.  The practice was being managed under the aegis of the Orentreich Medical Group, a dermatology and hair restoration practice, and was located at 1 East 72nd St. It was then still administered by Benjamin's office manager and assistant Virginia Allen.

Hoff fired Virginia, the nurse, Mary Ryan, and the physician, Agnes Nagy. He pleased Dr Orentreich by moving the practice downtown to a townhouse he had bought behind the Chelsea Hotel, at 223 West 22nd Street.

In this period Dr Hoff confronted Charles Socarides and his reactionary views that homosexuality can be cured by psychoanalysis.

Hoff transitioned to Jeanne and had surgery with Dr Granato in 1977. She was interviewed at home by Lynn Redgrave and Frank Fields immediately before surgery and two months afterwards. The resulting television program "Becoming Jeanne" won the prestigious Ohio State Broadcasting award in 1979.

+++It was now the case that for the first time a trans psychiatrist was in charge of a practice for trans persons. Gill-Peterson comments:


"Though the medical model was still based in gatekeeping and an unacknowledged racialization of gender, Hoff cared deeply about the well-being of her clients to a degree that is viscerally embedded in the archive she gifted to the Kinsey Institute. Her work demonstrates a level of empathy entirely absent from transsexual medicine since its advent—not to mention its predecessors in the early twentieth century— an ethic of care that, although greatly constrained by the material circumstances and history of psychiatry and endocrinology, was also entangled with her situated perspective as a trans woman. It is important to underline that Hoff represents yet another trans person who took an active and complicated role in medicine, rather than being its object."

+++Gill-Peterson has read Hoff's interview notes in her archive papers at the Kinsey Institute.  He comments:


"Because she took the time to interview them without only reducing what they said to standard diagnostic biographies, her notes offer comparatively richer glimpses into trans boyhood than those of her predecessors."


+++In 1978 Hoff became aware of a young black trans woman, then 30, who had been committed to a psychiatric Institution in New Jersey for 15 years.  Initially labeled  ‘schizophrenic’, her gender identity issues were taken as evidence of ‘delusion’, ‘mental retardation’ and ‘sexual perversion’. Hoff interviewed her, and petitioned for her release.

“Through all the florid language of the [psychiatric] reports there is an unmistakable moralistic disapproval of her effeminacy and homosexuality but not the slightest hint that the diagnosis of transsexualism was suspected, even though it was quite evident from the details provided. . . . She should be placed in the community, preferably living by herself” and “she should be permitted to explore the various problems that arise from cross-gender living, hormonal therapy, and surgical gender reassignment.” 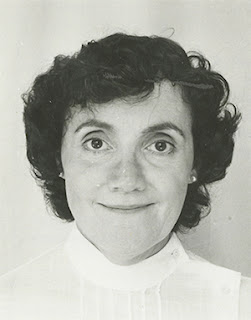 However by 1980 there were few patients left in the practice, and Hoff had already taken a job in a psych ward in Brooklyn. The next year she sold the building and moved away, first to Massachusetts and then California.

She became a psychiatrist at San Quentin prison. She was in the news in April-May 1998 when she was the only one of three psychiatrists to testify that murderer Horace Kelly might be competent to be executed, and the defense attorney attempted to impeach Hoff.

She is now retired and in 2013 donated her archives to the Kinsey Institute.

Although Horace Kelly's lawyer subpoenaed Hoff's prison personnel file in an attempt to impeach her, he presumably hadn't heard rumours that she was transsexual, didn't find it in the file and didn't read her.   Otherwise he probably would have used it to defame her.   She had been in the 1978 television special under the same name, but that was 20 years earlier.   Before the internet it was much more difficult to make connections.