Unless otherwise noted, page references are to The Sexual Century.

Ethel Jane Spector was raised in Louisville, Kentucky. Her mother was a mathematician, and her father owned a bar. He died when she was twelve. She completed a first degree at the University of Chicago in 1956, and then a medical degree at the New York University College of Medicine four years later. She became Mrs Person when she wed an engineer. The marriage ended after ten years, although she kept his name for her professional life. She married her second husband, a psychiatrist, in 1968, and became Mrs Sherman.

Soon after joining the Columbia University Center for Psychoanalytic Training and Research, Person was invited to work with Lionel Ovesey (1915-1995), the author of The Mark of Oppression: A Psychosocial Study of the American Negro, 1951, and Homosexuality and pseudohomosexuality, 1969. His concept of ‘pseudohomosexuality’ concerned `homosexual anxieties' in heterosexual males who were concerned about dependency and lack of power. Ovesey was one of the psychiatrists strongly opposed to the delisting of homosexuality from the Diagnostic and Statistical Manual of Mental Disorders (DSM) in 1973.

Ovesey’s proposal was that he and Person would write a textbook on sex and gender. They quickly realized that neither of them had any experience with transvestites or transsexuals. An acquaintance in the psychoanalytical world was Harold Greenwald, the founder of the Professional School for Humanistic Studies (where Anne Vitale qualified as a psychologist). Greenwald introduced Person to the then 88-year-old Harry Benjamin and his assistant Charles Ihlenfeld in 1972. She spent time in Benjamin’s office interviewing some of his patients.


“The work that I did with Lionel would have been well nigh impossible without the cooperation of Harry Benjamin, who was hospitable to me despite his major bias against psychoanalysts. In fact we became great friends.” (p xiii)

Indeed Benjamin asked her to write a biographical portrait of him to be published after his death. She formally interviewed him to this end a dozen times.

One person that Person met at Benjamin’s offices was Ed/Edna, 60, a retired tugboat captain who had become the superintendent of a rental building. He fell in love with Clair, one of his tenants, a completed transsexual. He detransitioned to become her lover, and was devastated when she left him for a truck driver. To cope with the resulting depression, Edna restarted hormones and dressing full-time. Again he rented to a completed trans woman, Janet. Again he reverted to male, and became her lover. After Ed’s original wife died, he married Janet, and lived happily with her until she also died ten years later. He was then 85. (By Force of Fantasy p 131-4)

Edna subscribed to Transvestia magazine, and through that discovered transvestite social groups. Edna introduced Person to these socials: “it was at these events that I gained some of my deeper insights into the subjective meaning to transvestites of their participation in that world”. Person and Ovesey also sought confirmation for their work by visiting pornography shops and reading trans publications.

Person and Ovesey proposed a typology of trans persons assuming that a child's separation-individuation anxiety produced a fantasy of symbiotic fusion with the mother which the transsexual tries to resolve by surgically becoming her mother.  Papers to this effect were published 1973-85. (See part II for details).

One of the transsexuals included in the Person-Ovesey study was Elizabeth – author of the Notes from the T Side blog. She writes:

Harry Benjamin “in 1970 -71 asked me to talk to a Dr. Ethel Person as part of a study and I agreed although I am inherently distrustful of shrinks but I found her pleasant and quite nice and we became friendly. When the study was published I was stunned to be honest. I was part of the study and I knew two others who were part of it and friends of mine. We never talked about anything mentioned in the study directly. We talked about our lives as children until the current time and at the time I was 24 and had close to enough money for surgery. In point of fact Harry might have been more upset by the study than anyone. I am posting this to refute what they found because as one of the participants in the study I walked into her office and asked her where I fit in late 1974 and she said Secondary because I liked boys so I was a homosexual transsexual where by Harry's definition I was a Type VI high intensity transsexual and according to Harry the study was bogus.”

Ethel Person’s second husband died in 1976. She married a lawyer in 1978 and became Mrs Diamond. 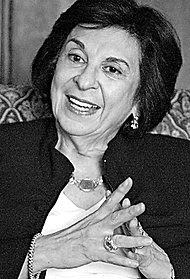 Person was director of the Columbia University Center for Psychoanalytic Training and Research 1981-91. She did an “epidemiological study of sexual fantasy” which she contrasted to Alfred Kinsey’s study of sexual acts.

Her best known book is By Force of Fantasy: How We Make Our Lives, 1995, where she argues that we shape our lives by trying consciously or otherwise to live out our fantasies.

In 1987 Person had paired the film critic Molly Haskell with an appropriate analyst, and became a friend. In 2005 when Haskell’s sibling was starting transition, she spoke to Person about the situation. Apparently Person said nothing to her about primary or secondary or separation anxiety. Only: “Transsexuals are the best, the kindest people I know, maybe because they have to learn compassion the hard way” and “He longs for validation,” Ethel spoke of transsexualism as being “a passion of the soul”. Later in Haskell’s book, Person is quoted: “The worst thing about it is you discover you don’t know the person you thought you knew.”

In 1997 Person gave a presentation to the International Psychoanalytic Association Congress in Barcelona on her life of Harry Benjamin, and used it to illustrate the origin of shared cultural fantasy. In 1999 she collected her works on sex and gender, including her biography of Harry Benjamin, and published them as The Sexual Century.