Leah Cahan was born in Milwaukee, and raised in Chicago. She was the daughter of an Orthodox rabbi who had escaped the pogroms in Lithuania. 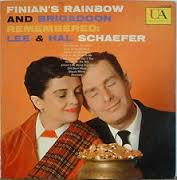 Intending to be a music teacher, she started singing at age 15 at Central College (now Roosevelt University). After college she was in The Barries, a female trio. They lasted five years, sang on NBC radio in New York, were among the first artists to record for what became Capitol Records, and had a hit record with the Johnny Mercer, “San Fernando Valley”. 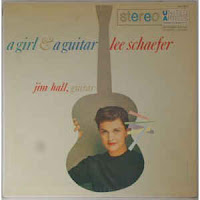 She lived in California and learned folk songs. Back in New York she was part of The Wayfarers, and became the first wife of jazz legend Hal Schaefer who was then in the group, and became known as Lee Schaefer.

After her second divorce Leah tried analysis, but after her father died, she slipped into a period of depression while living on unemployment pay.

A second session of analysis in 1953 led to her accepting the suggestion that she herself become an analyst. She was accepted at Columbia Teachers College, and then Columbia University, where she earned an MA and then a doctorate.

A third marriage at this time resulted in a daughter.

For her doctoral thesis she chose the topic of female orgasm. It was then 1961, and the ongoing work by Masters and Johnson had not yet been published. She was given permission by Ernest G. Osborne(1903-63), the head of her department who supervised her thesis until his early death. Leah was also advised by Margaret Mead. She quickly realized that understanding orgasm required understanding a whole life. She interviewed 30 white, middle-class women who were unaffected by the then just-beginning women’s movement. They talked about their first reactions to menstruation, their adolescent sexual encounters, their first sexual act, and how they feel about orgasm and adult sexuality. One finding was how each woman in the study had a negative reaction in childhood to the idea that her parents had sex. Many of the women had never talked to anyone in such detail before.

The thesis was completed in 1964, and Columbia suggested that a commercial publisher would be appropriate, but it took until 1973 until one was willing.

After graduation, Leah was credentialed as a psychotherapist. After she had built a practice using the name Leah Schaefer, and had established a reputation in the field, she was contacted by Wardell Pomeroy, a co-author of the Kinsey Reports. Pomeroy had been working with Harry Benjamin as a therapist to assess ‘true’ transsexualism. Schaefer was chosen because of her ability to be non-judgmental. Pomeroy was preparing to move to San Francisco, and wanted her to take over his work with transsexuals, which she did. She continued to work with transsexuals for the rest of her life, progressing from evaluation to general therapy.

She was the first women president of Society for the Scientific Study of Sexuality (SSSS), 1978-1979. She worked with Connie Christine Wheeler. They interviewed Harry Benjamin in 1979 about the history of the SSSS, he took to them and trusted them with his files. They read all the 1500 or so files, and started meeting regularly with him to discuss what they found.

In 1983 they presented a paper “The Non-Surgical True Transsexual: A Theoretical Rationale”, an elaboration of Harry Benjamin’s Type IV, the person who cross-lives but does not desire gender confirmation surgery. After Benjamin’s death in 1986, Wheeler and Schaefer became the custodians of Harry Benjamin’s professional archives.

Schaefer was president of HBIDGA 1991-5 (before it was renamed WPATH), and was involved in the writing of several editions of its Standards of Care. In 1995 Schaefer and Wheeler published their seminal work, “Harry Benjamin's first ten cases (1938-1953): a clinical historical note”.

Schaefer donated the Benjamin archives and her own archives to the Kinsey Institute in 2007.

Nancy Gonzales, who met Schaefer in 2008, summarized her work with transsexuals:


“She takes issue with the terms ‘gender dysphoria’ or ‘gender identity disorder’ in referring to these individuals' circumstances.  She feels that it's pejorative and inaccurate to classify this condition as a pathology.  In her professional opinion, most of the presenting problems they have stem from the stigmatization they suffer.  She believes that transsexualism is a birth anomaly and maintains, as do a growing number of scientists, that transsexualism is a naturally-occurring variation in humans and is part of a person's inborn psyche.”

I don’t know why there is no mention at all of Leah Schaefer in Joanne Meyerowitz’ How Sex Changed: A History of Transsexuality in the United States.

Leaf Schaefer started her career as a psychologist while married to her third husband, but using her first husband’s surname.

Schaefer and Wheeler discuss Benjamin’s Type IV as it is usually taken to be, that is as a cross-living, non-op person. However in Benjamin’s 1966 book, as I have discussed, a Type IV is defined as “’Dresses’ as often as possible with insufficient relief of his gender discomfort. May live as a man or a woman; sometimes alternating.” Benjamin’s typology actually erases full-time non-ops, as well as gay and female transvestites and gynephilic High Intensity Type VIs.

Randi Ettner, psychologist and author of Confessions of a Gender Defender, 1996, is Leah’s niece. The book has, as an Afterword, a rewrite of “Harry Benjamin's first ten cases”.

The backing singers here are The Barries