Padgett, the son of a Baptist minister and a first-grade school teacher in Mississippi, won a scholarship at age 14 to study ballet at North Carolina School of the Arts, and then at the School of American Ballet in New York City leading to the award of a Ford Foundation Scholarship.

This led to membership of the New York City Ballet, and dancing major male roles in ballets created by George Balanchine, Jerome Robbins, Peter Martins, Robert Lafosse and Dick Tanner. It also led to hanging out with Andy Warhol at Indochine and late nights at Studio 54.

Padgett retired from ballet in 1995, took up painting and has become known as an outstanding painter of animals. In 2007-8, both parents died in quick succession. There was a small inheritance, and a transsexual friend was upgrading with facial feminization surgery. 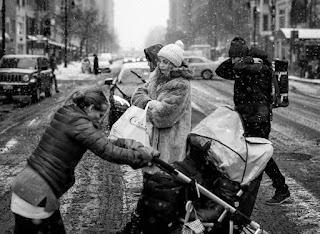 Padgett decided it was time and announced that she was transitioning as Sheela-Marie. This was completed with genital surgery by Toby Meltzer in Scottsdale, Arizona. While she had medical insurance, transition costs were not included: altogether including facial feminization it cost $100,000.
WilliamSecordGallery
Time: 08:49