Burns was born in Cheshire to a father from Liverpool and a German Jewish mother who had fled from the Nazis.


"When I was 13 I heard about April Ashley's sex change and I thought 'Bloody hell, that's what I have to do', 'cos I was really enjoying putting on make- up and stuff. But after a while I realised you didn't have to be a 'she' to do it".

At 14 he dropped out of Catholic school after it was clarified that his appearance/actions were not in line with the rules. Shortly afterwards Pete met hairdresser Lynne whom he married in 1980.


"The only thing that spoiled it was that the man in the registry office had to go and make a feeble joke by asking which one of us was the bride".

They remained married until 2006. 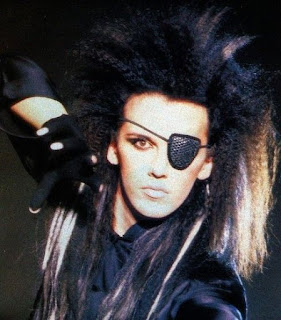 After working in a Liverpool record shop, Burns was able to perform with a band, and after personnel changes they became Dead or Alive, who had a number one single with a cover of "You Spin Me Round" in 1985. Pete fronted the group and was known for his androgynous look.

After his friend InternationalChrysis died in 1990, he put out a cover version of David Bowie's "Rebel Rebel" under her name in 1994:

Burns became a media personality, swearing on the BBC, a contestant on Celebrity Big Brother. He became famous for his feminizing plastic surgeries, and appeared on television programs on the subject. 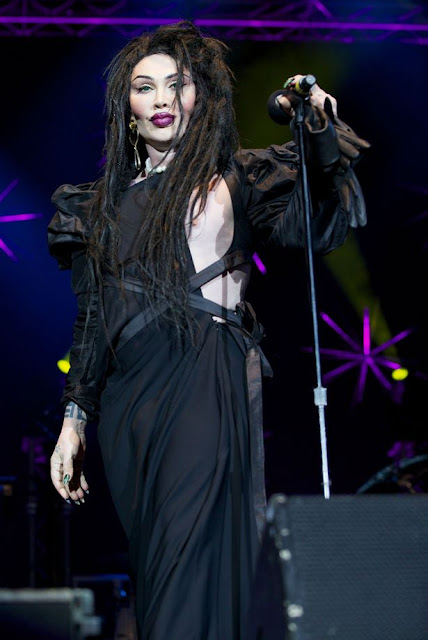 In 2006 Pete and Lynne were divorced; shortly afterwards he entered a civil union with Michael Simpson.

He published an autobiography in 2007. In 2010, Burns won £450,000 in damages from cosmetic surgeon Dr Maurizio Viel, who, the singer claims, left him 'suicidal' after his lip implant operations went wrong.

However by 2015, and more plastic surgery, he was bankrupt.