Vazquez was born during the Cuban Revolution to a single mother, and raised by his grandparents in Camagüey.

He was sexually active with men early, and especially when he was sent to a  boarding school at age 11, where he seduced both bullies and teachers.

At 15 he was in the school drag pageant, where he stood out by being real. In 1974 Vazquez was called to register for the Cuban army, but turned up in semi-drag and was ruled ineligible because 'homosexual'.   He became a teacher but was obliged to resign despite being a good teacher. He discovered the gay scene and took such jobs as supervising convict labor.

In 1980, when Vasquez was 22, President Fidel Castro said that anybody who wanted to leave Cuba could do so, and sent mental patients and convicts with them.   Vazquez joined the 'Marielitos' (as they came to be known from the name of the harbor where they left). The Marielitos were sent to Fort Chaffee in Arkansas, where Vazquez found a lover the first night. In all he had 31 lovers before being sent to a gay sponsor, Rolando, in Los Angeles.

By 1981 he had his first venereal disease, just as AIDS arrived. Rolando persuaded Vazquez to start using condoms, and helped him get a job at the Neiman Marcus department Store. However he did too many drugs and was fired, but then worked doing sewing for a boyfriend who was a designer at the Ice Capades. Together they went to see the trans performers at the Cha Cha club.

Vasquez decided that it was time to change and became Adela. After changes that come from taking hormones, Adella advertised herself as a 'She-Male' in Hollywood Connections, and was a sex worker for a few years. In 1992 Adela was invited by a community worker to enter in the Ms Gay Latina contest, which she won.

Since then Adela has been an activist against HIV. She started as a showgirl with the AtreDivas, a drag group that would donate their earnings to AIDS charities. She has become an artist and a performer and lives in San Francisco. 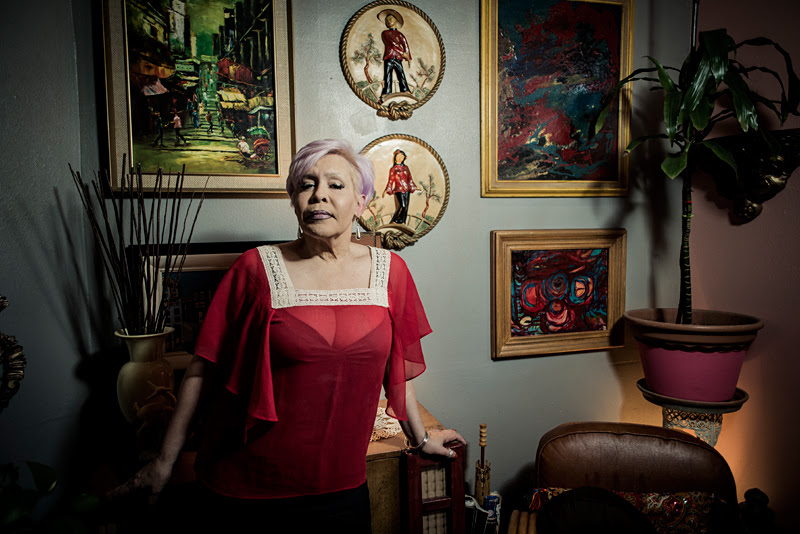 In 2004 the artist Jaime Cortez developed her life story into a graphic novel.

In the documentary film, Diagnosing Difference, Adela says: “I think ‘passing’ is a word to discriminate us immensely. Not everybody can pass. And passing is something that the doctors will tell you to do, you try to pass. Well, no matter how much I pass, I will never be a biological woman. How about empowering me as the transgender woman that I am?”