James Pritzker was born into the Chicago plutocratic family that owns the Hyatt Hotel chain, and many other corporations. Pritzker married and they had three children.

In 1974 Pritzker joined the US Army as a private and rose through sergeant to 2nd lieutenant, with 11 years service in the US and West Germany. This was followed by 16 years in the Illinois National Guard. After retirement in 2001, Pritzker was given the honorary rank of Colonel.

In Pritzker founded the Tawani Foundation "to enhance the awareness and understanding of the importance of the Citizen Soldier" and the Pritzker Military Library. In 2003 the Tawani Foundation made a $1.35 million donation to the University of California's Palm Center to study the feasibility of transgender people serving in the military and police and fire departments. 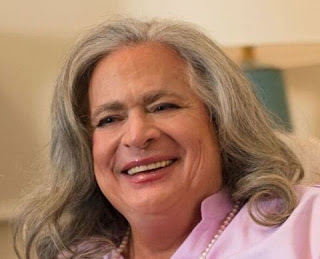 In 2013 Pritzker announced a legal name change to Jennifer, and that she was starting transition. Thus she became the first trans billionaire. Forbes magazine lists her at #327 in its rich list, and estimates that she is 'worth' $1.7 billion.

++In January 2016, Pritzker donated $2 million for a Chair in transgender studies at the University of Victoria, BC, with Aaron Devor to be the inaugural chair.
EN.WIKIPEDIA   FORBES
Time: 06:39