Nana was raised in Oran, Algeria. In 1955 she met Bambi and others in the Le Carrousel cast who were on tour. Nana realized instantly that was what she wanted to do.

There was a roundup of the queers in Oran in August 1957. However Nana had already left as her brother had told her that their parents had intended to have her locked up with the Ain Sefrah White Fathers, a Catholic order.

Nana arrived in Paris 5 August 1957, presenting as male but having already started female hormones. Nana and a friend took a room at the hotel Fairyland. The friend knew Fetiche who was a performer at Chez Madame Arthur, and Nana sewed for her in addition to working in a travel agency.

Nana's mother turned up in 1958 and took a room in the same hotel. She intended to take her son back to have him locked up by the White Fathers. However a flare-up in the ongoing War for Independence closed all the Algerian airports. Mother was able to get herself home by phoning the secretary of a minister whom she knew. Only one seat was available.

Nana was increasingly dressing as female. She left the travel-agency job, and met the Swedish photographer  Christer Strömholm. 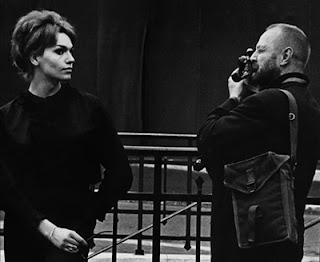 She started to solicit in the Place Pigalle. The pimps at that time left the trans women alone for they would lose status as a man by pimping them. The police frequently arrested the trans women and charged them with being dressed as a woman outside the carnival period. As she was from Algeria she was called a 'dirty Arab'.

One summer Nana and a friend went to the South. Nana was arrested in that her ID card said that she was a man. The policeman even paid for a barber to cut her hair, and then she had to hitchhike back to Paris looking like a man in women`s clothes as those were the only clothes that she had.

In 1959 Nana created an act and obtained work at le Fifty, a cabaret on rue Fontaine. She worked in Cabarets until she was 45, but also kept working the streets. 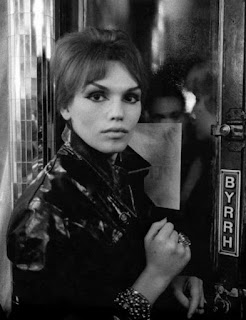 One time a pimp slapped her and claimed that she owed 5,000 Fr for working on 'his' territory. Nana had to go and see the local godfather, and argue that she was not a woman.

Through Christer Strömholm, Nana was introduced to several artists. In 1970 Nana moved to Luxembourg to live with a boyfriend. In 1972 she had surgery with Dr Burou in Casablanca; in 1977 she met a lawyer in Lyon who was able to effect her change of Civil Status, and her name became Eva. She and her boyfriend were married in 1980.