Lui Zihua, in Taiwan, transitioned to Xun'Ai at age 18 with surgery paid for by her then boyfriend.

As Alicia Liu she participated in 2006 in a fashion contest on Taiwan TVBS. In 2008 she became a professional model and appeared on television. 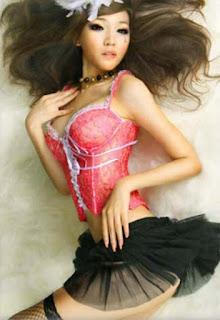 She was outed in 2010 when a schoolmate put a photograph of her as she had been on the internet. Xun'ai called a press conference and stated: "As far as I can remember, I love being a woman. The past is not important".