Norah grew up in Detroit, the only daughter of Ford Motor Company attorney Robert Vincent and minor actress Juliet Randall (whose biggest gig was The Beachcombers, 1973-6). Norah was a tomboy with an "instinctive loathing of dresses, dolls and frills of any kind". When she was 10, her father was transferred to the UK and they lived there for seven years.

Norah did a philosophy degree at Williams College, Massachusetts, where she came out as lesbian. After some freelance journalism she worked at The Free Press during its neoconservative phase.

In 1994 she was diagnosed with multiple sclerosis.

In 1996 she wrote "Beyond Lesbian" which was published in The New Republic, in which she was critical of what she saw as lesbian conformity, and she started getting her writings published in conservative publications. In 1999 she was controversially hired to do a weekly column in The Village Voice. One of her first articles was a sympathetic article on Drew, a New York trans man. Vincent has also had columns at Salon.com, The Advocate, The Los Angeles Times at all of which she established her reputation of being a conservative lesbian. 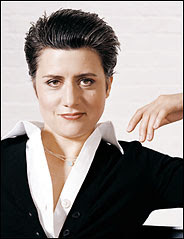 In June 2000 in The Advocate, she described transsexuals as “the most draconian arm of the PC language police”, and concluded:


“So why, as adults, do transsexuals mutilate their bodies in order to make them conform to the fashionable version of the opposite sex and gender? That only reinforces oppressive stereotypes every bit as much as liposuction or a bimbo's boob job. If you're a man in a woman's body, then live androgynously if you're such a revolutionary. Don't conform. I do it every day, and it isn't particularly easy. Half the time I'm sir, and half the time I'm ma'am, and that's how it should be when sex and gender don't matter.
If you truly want to thwart gender norms, don't pull a fast one on the dictionary or your poor blameless privates. Live with all the polymorphy God gave you, body and soul. It's a lot more radical.”

In February 2001 she wrote up an approving article about an evening about male masculinities at Pace University. However a few months after that she blamed San Francisco giving transition costs as part of a health benefit package for employees on postmodernism and the death of the self:


"If you take seriously the idea that a person cannot be himself without the intervention of modern technology, then you have lost the notion of a self altogether".

Vincent was a senior fellow at the neoconservative Foundation for the Defense of Democracies 2001-3. Richard Goldstein featured Vincent in his 2001 book on gay conservatives, along with Andrew Sullivan and Camille Paglia.

In 2002 she moved to Philadelphia to be with her girlfriend, and was writing with candor about her struggles with multiple sclerosis and depression. 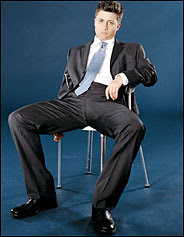 After experimenting with male drag at the urging of a drag-king friend, she lived as a man, Ned Vincent, for eighteen months from 2004-5. She is 5'10" (1.82m). She consulted a make-up artist and used a stubble beard. She also hired a voice coach. As an act of participant observation, Ned then joined an all-male bowling club, joined a men’s therapy group, went to strip clubs and visited Catholic monks in a cloister. She found men as much as women to be victims of the gender system and women as active as men in building it. Ned was assumed to be gay, often for the same features that lead to people thinking that Norah is butch. She published this as Self-Made Man, 2006. She concludes the book with:


"I, Meanwhile, am staying right where I am: fortunate, proud, free and glad in every way to be a woman".

However, afterwards she slipped into depression and on the advice of a psychologist spent time in three different mental hospitals: one urban, public and ill-funded; one small-town; and one private and expensive. She turned this into her second book.

Vincent seems to have an ambivalence concerning trans issues, but is more sympathetic to female transvestites and trans men than to those of the other direction.

Self-Made Man is an odd book in that it is mainly a book for women who want to know what men do and say when women are not around.  As Diane Torr says: “She makes little sustained effort to reflect critically on her own experiences as a woman passing in male-oriented environments … Moreover, she seems intent on reinforcing precisely the gender binaries that drag kings and trans performers have sought to challenge”.

I have elsewhere criticized the reluctance of sociologists and other academics (e.g Richard Ekins, David Valentine) making studies of trans people but not even being willing to cross-dress.  So kudos to Vincent for doing so.   If only more cis people would do so.

Vincent does seem to have an attraction to greater expression of her masculinity, but without having the whatever that makes a trans man.  In this she is an interesting example of cis gender variance and female transvestity.

Vincent documents well how heteronormativity can oppress men, and admires their resiliance, but pays little attention to male strategies for escaping heteronormativity such as homosexuality, although she does have a chapter on monks.  And thus there is no discussion at all as to whether some trans women are more motivated by escaping male heteronormativity than by 'gender identity'.   Of course trans people rarely discuss this either.

"However, afterwards she slipped into depression and on the advice of a psychologist spent time in three different mental hospitals: one urban, public and ill-funded; one small-town; and one private and expensive. She turned this into her second book."

This is incorrect… following her experience in "cross-living", she slipped into depression, and was briefly an inpatient in a mental hospital.

Thus inspired, she contrived this scheme, her next audacious reality-faking journo-transvest/igative endeavor as one might put it?, for her next book - Voluntary Madness: Lost and Found in the Mental Healthcare System† - and she decided she would fake depression and enter several hospitals as a voluntary inpatient, and then document the horrors of the "mental health care" system — about which she was pre-decided?,— as well as the pathetic-but-amusing behaviors of the mentally ill.

No, I'm not kidding, that was her avowed goal; this work is quite as disgusting as that: see the negative comments left by the "experienced" reviewers on Amazon.

Those in mental hospitals usually suffer greatly, some because they suffer from severe mental illness — which is hell — some because of oppression, and most, from both. Vincent's title, Voluntary Madness, really gives the game away…

She is resolutely clueless as to her "location" in the mental health system as a DAY TRIPPER who spends 10 days, 10 days, and 14 days — 34 days total — in hospital, never taking medications, relatively secure in the knowledge that she has resources and agents available to help her "bail out" on schedule, presuming superiority to all of those around her, and believing that her own empty character is a Human Universal…

I couldn't finish the thing; I got only about two-thirds of the way through. I believe she comes to some kind of "enlightened" conclusion about "things I learned" and how to fix everything, but I was suffering a severe case of nausea from it all, and chose to spare myself pointless anguish.

PS: I pity those with severe mental illness, dragging out their lives within those walls, and treated so poorly… having insult as well as further injury heaped upon the injury of their lamentable condition.

This is a large part of my motivation for "why I do what I do" as an artist, believe it or not — to establish, as an existence proof, that institutional clinicians can be entirely incapable of perceiving the obvious.

† Formerly Voluntary Madness: My Year Lost and Found in the Loony Bin, a title expressing in its exquisitely phrased hyperbole the plangent nature of her "sympathy for the loony"? Apparently somebody also tipped the publishers off that 34 ≠ 365, and somebody felt it would be nice to have a title that was not entirely misleading.