Ken Bogas was raised in Vancouver. By age 5 he was dressing in his sisters' clothes, wondering why his body was different, and feeling left out when mother made dresses for the others. He set a 100-metres B.C. Peewee Boys record of 13.3 seconds "on cinders" in 1971.

He married at 19, they had a daughter and divorced after six years. A year later he married again, and they had three children. He built a reputation as a chef. From 1991 he was co-owner of two restaurants with his brother-in-law, and hosting a cooking show on cable television. His signature dish was pink scallops with black beans. He had a reputation as a ladies' man, and for being frequently angry. However he hired more women than men, and felt that he worked best with women.

In 2005 he went bankrupt and lost his life savings. In 2008, after a decade of feeling suicidal, Bogas had an epiphany that transition was the right thing to do. kaitlyn quickly found a supportive
psychologist, and started transition. She was outed by an online food columnist who referred to the gossip as “either malicious rumour, bizarre publicity stunt” or “unfortunate joke”. kaitlyn was accused of ruining the lives of her children, was shunned by the restaurant community, her marriage ended, she couldn't get a job as a chef, but took work landscaping. 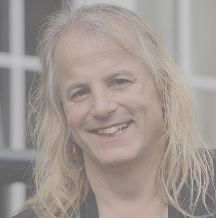 kaitlyn completed transition with surgery in Montréal, paid for by the BC Medical Services Plan. She sent out hundreds of applications for chef positions, to no effect: “I couldn’t even get an interview in places I consulted on”. In 2012 she got a position as head chef at a fishing lodge in northern BC.
Chef and Restaurant Database
Time: 03:12