Raised in Buenos Aires Province, Marcela transitioned at age 17, which meant dropping out of school and leaving home. She had to sell sex to survive and became HIV+. At that time she was required to carry male identification papers.

In 2004 she became an activist for trans rights. A year later she was elected co-ordinator of the Asociacion Travestis Transexuales Transgeneros Argentinas. (ATTTA). 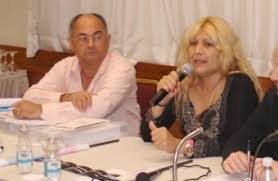 In 2005 she was invited to the Central American Congress on STD/HIV/AIDS (CONCASIDA) meeting in El Salvador. She was one of very few trans persons at the conference. She took exception to the classification of transgender as a type of gay man, especially as trans women have one of the highest rates of HIV/AIDS. She rejected the term ‘homophobia’ as unrepresentative and advocated for the new term ‘transphobia’:


“We are defending thousands of trans people who want to live and should be included in the agendas of governments in Latin America and the Caribbean”. 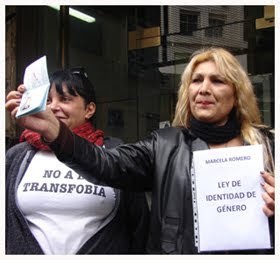 She is the co-ordinator of REDLACTRANS, the network of Latin American and Caribbean Trans persons, and represented them at the UNAIDS meeting in Brazil in 2006.   She is also vice-president of the Federación Argentina de Lesbianas Gays Bisexuales y Trans (FALGBT)

In 2007 she and many other trans and intersex activists met in Panama at the parallel event to the 37th Session of the General Assembly of the Organization of American States. Marcela and Belissa Andia of Peru, Natasha Jiménez of Costa Rica and Silvia Martínez of Nicaragua were accredited to the General assembly by their real names, not the male names in their passports.

After 10 years of applying to the courts to be recognized as a woman, she finally succeeded in 2009. She was on the cover of Queer magazine, REDLACTRANS was awarded the Clarence H. Moore Award for Excellence for Voluntary Service at the Awards for Excellence in Inter-American Public Health Event held in Washington, DC. In December that year she was honoured as Women of the Year by the Chamber of Deputies’s committee on women and the family.

*Not the footballer nor the jazz musician.