Peter Acke was raised in Stowe, Buckinghamshire. He married in 1948, but his wife died a few years later.

He worked as a gaucho in Argentina, and was a carpenter in the merchant marine.

Acke lived for a while on Osier Island, a one-property island in the river Avon. 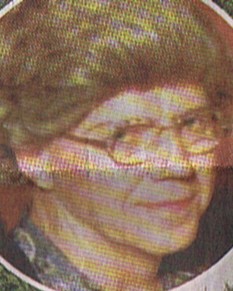 Around 1980, as Cynthia Watson, she moved to the small village of Midgham in Berkshire, where she was accepted but kept to herself. It was thought to be unusual that she had carpentry skills. She made toys for the raffle at the Christmas fair, and on commission made meticulously accurate models of ships. When the village plaque saying that the village was mentioned in the Doomsday Book was vandalized, she offered to repair it at her own expense. Being an old-fashioned lady, she always wore dresses, even when doing carpentry. She also did beautiful cross-stitching.

She apparently made money on the stock exchange. She left an estate of £3.3m, including a bequest to the Royal National Lifeboat Institution of £1m for a new lifeboat to be call The Witch of Osier.