He was denied tenure in 1993, as it had come out that he was a transvestite, despite the support of the finance faculty. Jay made the transition to female, and both partners turned up for the 1994 divorce hearing in female clothing. J’Noel had surgery from Dr Eugene Schrang. 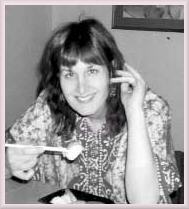 She was hired in 1997 to teach finance at Park University, Kansas. She was a popular teacher, and no-one knew much about her past.

In May 1998, at a Founder's Day event she met the 85-year-old Marshall Gardiner, a two-term state-representative who was a donor to the university. After some months of dating, and after J'Noel explained her past during a game of scrabble, they were married in September by a Kansas supreme court judge. A year later Marshall suffered a heart attack on a flight to Baltimore, and J'Noel laid him on the floor of the plane.

He had died intestate, which meant that half of his $2.4 million estate went to his wife. His estranged son Joe Gardiner hired a private detective to investigate J'Noel. He challenged the probate of the will first on the grounds that J’Noel had signed a pre-nuptial agreement, but then on the grounds that Kansas does not recognize marriage between persons born the same sex. The Texas precedent of Christine Littleton was cited. The Kansas Supreme Court ruled that as the current law is silent on transsexuals, they were as at birth, and that the Kansas prohibition on marriage between persons of the same sex applies.