Chris Dale was born in Penrith in Cumbria, the son of a policeman. He ran truant at age 16 and solo climbed without a rope the Old Man of Stoer, a 197ft (60 m) sandstone tower off the coast of Sutherland. A few years later, on a trip to Australia, he made a bold first ascent up a 180 m sandstone face in the Blue Mountains. 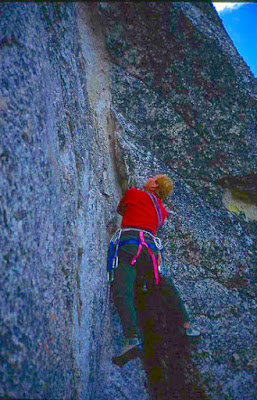 In the 1980s he was part of a group of British climbers based in Chamonix, beneath Mont Blanc, who pioneered new routes despite despite police harassment. They also established rules of method, regarded by some as purist, that climbers should not hammer in pitons or worse still use a drill to
place bolts.

Chris, who was 6'6'' (1.98 m) subsequently trained as a mountain guide, but had problems with the required skiing requirement.

He was an enthusiastic cross-dresser. On one occasion his female persona was introduced to a Frenchman who misheard his name as 'Crystal', and Chris took that as his femme name. While shopping in the women's department of a branch of Asda (Walmart) in Scotland, Dale was thrown out for acting suspiciously. He complained in writing citing the the Sexual Discrimination Act, and received an apology and a substantial voucher. He relished his return to the same store, trying on clothes and getting the help of the manager who had evicted him.

He was disciplined by the mountain guides association when, being in drag at their annual dinner, he felt obliged to deck a fellow member who was groping under his skirt without an invitation. 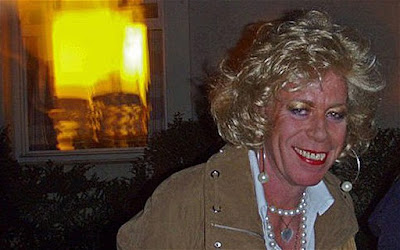 In 2003 he ascended Dun Dubh on the Quiraing mountains on the Isle of Coll – what was believed to be Britain's last unclimbed mountain. On his major holiday, he went to Nepal to do an extra long bungee jump.

In recent years injury prevented Chris from guiding, and he worked in a climbing shop, and introducing disadvantaged children to the outdoors. In the tradition of climbers' modesty, his Facebook listed his interests as "fluff, pink things, sparkly stuff ... mountains". He was diagnosed with cancer in 2010, and died a year later.