Mohammed Fazdil Min Bahari of Kuala Lumpur became Fatine at the age of 17. She made a living as a make-up artist.

Ian Young (1979 - ) of Derby, UK, worked a contract as a security guard in Kuala Lumpur in 2006 where he met and fell in love with Fatine. She followed him to the UK on a six-month tourist visa. They were joined in civil union in 2009, and settled in Ian’s home town of Derby. 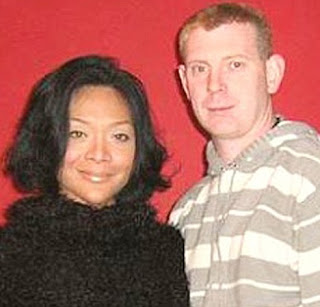 This became a media scandal in Malaysia, where it is claimed that she has shamed Malaysia. She faces jail for homosexuality if she returns, especially if she returns as a woman. As Mrs Young she applied to the UK Border Agency to stay in the UK but was rejected due to an incorrect photograph, then because her visa had expired, and then because she was supposed to apply from her own country. To support her visa applications, she included the death threats against her on a Malaysian web site.

Ian, who worked as a school caretaker, was hounded out of jobs at three Derby schools by intolerant
parents. He spent £12,000, more than his annual income, on his wife’s visa applications and legal fees. The struggle made him depressed, and while on anti-depressants, he attempted suicide. Fatine was granted her visa in April 2011.

Two weeks later Fatine, after a row, left and tried to get work in Blackpool as a showgirl. They are now separated.