A Puerto-Rican, Hayworth was a Colonel in the US Army and was part of the US occupation of Vietnam. 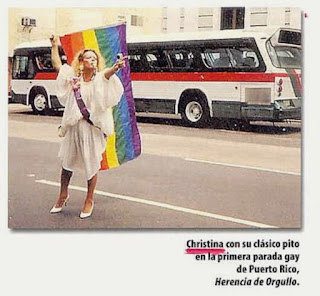 Christina was present at the Stonewall Tavern when the riots happened in 1969.


She was a major organizer for the first Parada Gay in Puerto Rico in 2003. She continued as an activist and journalist in Puerto Rico. She frequently returns to New York, and she is the Stonewall Veterans Association ambassador to Latin America. 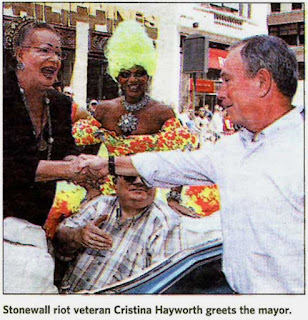 In 2011 she ran for Senator on behalf of the New Progressive Party.

In 2013 Christina was found destitute, living in a condemned building, and taken to a shelter by Rev. Jorge Raschke, previously known for his anti-gay positions.
She passed in February 2021.