The draft version of the Nullity Of Marriage Act, 1971, did not mention the sex of the parties, but such a clause was added during the report stage. This was the first time in British law that marriage was defined as being between a man and a woman. This was carried over into the Matrimonial Causes Act 1973 and into The Marriage (Scotland) Act, 1977, and The Marriage (Northern Ireland) Order, 2003, all of which are still in force. 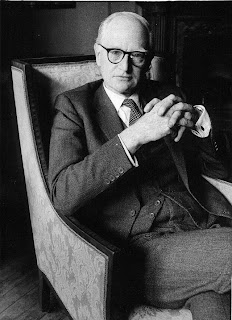 In her 1973 book, Rules and Meanings, anthropologist Mary Douglas uses Ormrod's ruling as an example of the social construction of reality.

In 1974 Ormrod became a Lord Justice of Appeal, and was appointed to the Privy Council. He was also a governor of Barts and Maudsley and Bethlem Hospitals, Chairman of the Institute of Psychiatry, a honorary professor of legal ethics at Birmingham University and chairman of the Notting Hill Housing Trust.
++In 1981 he was the Appeal Court judge in the case of G v G where a trans woman had had conditions imposed re access to her daughter, that she not be accompanied by her 'male friend', and that she was to wear 'male-oriented attire without jewellery or cosmetics".   The Court of Appeal refused to disturb the first condition but deleted the second on the ground that it would be too difficult to enforce. Ormrod maintained that the father's duty was to help the child understand the events which had occurred and which had left her confused. He said:  "if [the father] does go down to visit the child dressed in a way which is bizarre or aggressively feminine, or anything of that kind, it will show that his appreciation of the child's welfare is defective". If this were to happen, Ormrod LJ thought it would prove that the father was unable to show "some real under standing of the problem which he has created" and the whole question of access would have to be re-opened.
In 1982 Ormrod retired from the bench, but continued to sit part-time in the Court of Appeal. He died at age 80.

Not until the Gender Recognition Act of 2004 was there created a legal structure whereby transsexuals are recognized legally in their new gender, and thus able to have their birth certificates corrected and to marry heterosexually under the Matrimonial Causes Act.