Amal Chandra Ghosh born 1918, MSc Calcutta, 1947, PhD McGill, 1961, was a physics lecturer at Carleton University, Ottawa.  He had met his Polish wife in Stockholm where he was working at the Nobel Institute for Physics.   They had moved to Ottawa after the birth of their first son, and had four other children. Both Mr and Mrs Ghosh were killed in a car accident in 1968.

Their second child was just starting to talk about gender. At age 18 Nicholas started transition with an appointment with Charles Ihlenfeld, in Harry Benjamin’s office in New York, who gave him a prescription for testosterone, and his first injection. His elder brother went along to give consent as Rupert was still then under 21 (as required by New York law). He had his top surgery the next year with Dr David Wesser, also in New York. He had his hysterectomy in Calgary in 1978. 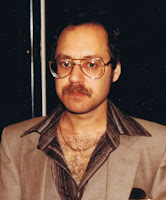 Nicholas Ghosh moved to Toronto in 1979. He founded The Foundation for the Advancement of Canadian Transsexuals (FACT) which was later taken over in a contentious manner by Susan Huxford, and also the Metamorphosis Medical Research Foundation for trans men. He was a frequent correspondent with Lou Sullivan in the 1980s, and Sullivan contributed to his publication, Metamorphosis.  Increasingly Ghosh used the name Rupert Raj for his activism. 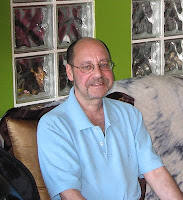 Rupert worked for several years for the Aids Committee of Toronto. He married a trans woman in the late 1980s. For most of the 1990s, he was burned out as an activist, and worked at an office job.  However, he gained a Masters in Counselling  from the Adler School of Professional Psychology, 2001, and became employed at the Sherbourne Health Centre in Toronto, which acts as an alternative to the CAMH GIC.


Rupert has also worked with queer South Asians, and has appeared in the videos: Rupert Remembers, 1999, and episodes of Skin Deep, 2000/1. He was honoured with a Toronto Pride Award in 2007, in 2010 was awarded the Steinert & Ferreiro Award at Community One Foundation’s 30th Anniversary Celebration and in 2013 was inducted into the Canadian Lesbian and Gay Archives. The Wikipedia article on Rupert was deleted in 2012.

He finally had metoidioplasty at age 60.  He was the secondary editor of  Trans Activism in Canada: A Reader, 2014, $69.95 (review) is working on his memoirs and has recently married a second time.
CGLA    PsychologyToday