Ruth Barrett was raised in Los Angeles by Reconstructionist Jewish parents. She read Robert Graves' The White Goddess while still at school, and later became a folk musician. She studied folklore at the University of California, Santa Cruz, 1975-6, and joined a goddess spirituality group. 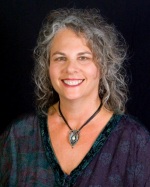 In 1976 she met Zsuzsanna Budapest and was initiated into the Susan B. Anthony #1 Coven the next St Bridget's Day. She and her husband had a daughter the next year. She founded the feminist newspaper, Themis (later Thesmophoria). When Budapest moved to San Francisco, Barrett became the High priestess of the Susan B. Anthony #1 Coven, but later moved to the Moon Birch Coven.

By 1985 she was lesbian, and divorced her husband. In 1988 she left Moon Birch and founded the Circle of Aradia, which became the first consecrated circle of the Reformed Congregation of the Goddess in 1993. In 1997 Ruth was honored for her contributions in the area of spirituality from the Los Angeles Gay and Lesbian Center. Ruth met her wife at an RCG conference and in 2000 they moved to Wisconsin, where they founded the Temple of Diana which continues the Dianic Wicca tradition articulated by Zsuzsanna Budapest. Ruth is still a singer and plays the dulcimer.

The Dianic tradition is deviant within Wicca in rejecting trans women as members. As Ruth says in her description of the Dianic Traditions:

"Dianics support all people in finding their path to the Goddess. However, we do not recognize hormonally or surgically altered men as women, and therefore exclude these men, or men who self-define as women, from our tradition. Women's Mysteries cannot be understood nor experienced through chemical or surgical alterations to our human bodies(2008)."

There were demonstrations when Julie Bindel was honoured by Stonewall despite her transphobia.  Were there similar demonstrations at the Los Angeles Gay and Lesbian Center in 1997?

Two of the comments on my article about Janice Raymond nominate Zsuzsanna Budapest as equally transphobic.  Budapest would appear to be one of those movement leaders who are careful about their public negativities and leave it to their followers to take the flak.  At least I cannot find any comments about trans women using the Amazon Look Inside feature on Budapest’s books.

The RCG has added International to its name, but all its circles seem to be in one country only.
Time: 05:19