Kalki was raised in Pollachi, Tamil Nadu,with two sisters, their father a trucking executive. Kalki was sent to a boys' high school and felt out of place. While bunking classes, Kalki aged 14 met Apsara, who was already out as Thirunangai (daughter of god) and involved in a Thirunangai family, and Kalki became her Chela. 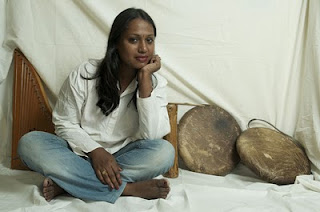 After a psychiatrist confirmed what Kalki said about herself, she was accepted by her family as trans and was able to complete her education. She was able to get a prescription for female hormones by contacting Thai doctors online. She did a BA in English and a Master's in Journalism and Mass Communications. While at university she published a monthly magazine, Sahodari (Sister) for trans women. After graduation she worked for a multinational company while she saved up for surgery, which she was able to obtain in Chennai, the capital of Tamil Nadu.

Afterwards she quit and founded an organization called Sahodari. Now located in Chennai, she has campaigned for over a decade, meeting with the state government and other influential persons.

Kalki has also set up a matrimonial website Thirunangai.net for trans persons, and made short documentary films. In 2009 she was awarded the 'Lifetime Achievement Award' by the Lioness Club of Chennai, and also chosen by 'Ananda Vikatan' Tamil magazine as the 'Top Ten Nambikkaikal' (Youth hopes) for the year.