Elizabeth Cobbs was raised in Birmingham, Alabama. Her mother’s sister’s husband, Robert Chamliss was active in the Ku Klux Klan, and sometimes took his relatives to Klan activities.

At age 15, having been told that she was to be a housewife and could not go to college, Elizabeth eloped with her boyfriend and returned home pregnant. Her marriage broke up after four years. She worked in the window-display department for a department store.

On 4 September 1963 a bomb exploded at the Sixteenth Street Baptist Church and four young girls died in the explosion. Elizabeth heard Chambliss say in response to a television report on the bombing: "It wasn't supposed to hurt anybody. It didn't go off when it was supposed to". Elizabeth was one of many interviewed by the FBI, but the case was closed by J. Edgar Hoover in 1968.

In 1970 Elizabeth married again, and started selling real estate. In 1975 she began to study to be a United Methodist minister, and was their first female minister in Alabama.

When the Alabama Attorney General Bill Baxley reopened the bombing case in 1976, she became a star witness at her uncle’s trial in 1977. He was convicted and sentenced to life in prison. 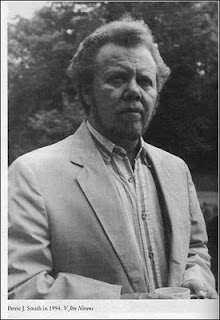 She was divorced for the second time in 1978, and after many death threats and telephone harassment, she left Birmingham and took another name. In Texas, Cobbs  underwent counseling and was referred to a Gender Clinic.  As Petric Smith, he completed legal and surgical transition in 1981, and then returned to Birmingham and became a gay and lesbian, anti-racist and women’s rights activist.

Petric published his autobiography in 1994, mentioning his gender change only in a very short epilogue. He named other people who were probably involved in the bombing.