Buckner was born in Kentucky. He did a BSc in Sociology at Louisville in 1959. ++His Masters thesis at the University of California at Berkeley was based on a questionnaire sent to 262 subscribers to Transvestia magazine.

However he did his PhD, 1967, by joining the Oakland Police Department and doing a participant observation study.

He was appointed Associate Professor at Sir George Williams University, Montréal (now part of Concordia University) and later became Chair of the Department of Sociology and Anthropology. He retired Emeritus in 1996. 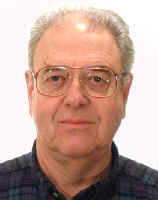 He made a study of transvestites in the late 1960s. He admits that, unlike his work on the Oakland Police, there was no participant observation. He re-used the survey of 262 transvestites from Transvestia magazine, supplemented by interviews with seven transvestites (four anglophone and three francophone – all, except one student, with good professional jobs) who responded to letters that he put in the Montréal Star and Montréal-Matin. He read a paper on this research at the American Sociological Association annual meeting in San Francisco, September, 1969. This was the same meeting of the ASA that issued a public declaration endorsing the rights of gays and other sexual minorities.

Buckner’s academic portrait of heterosexual transvestism was of a pathology.


“The heterosexual transvestite provides an interesting example of a socially induced "pathology" because he seems to have internalized part of a social relationship, and acts toward himself in a way that a normal person acts toward a socio-sexually significant other.”

“The transvestite is blocked from achieving either the cultural goal of normal heterosexual masculine functioning, a goal which he shares, or the common variant, homosexuality. His response to this double blockage is to create a miniature society within himself in which he can achieve a cultural goal without following the cultural pattern of achieving it through interpersonal relationships.”

His position is that there is no biologic etiology. He proposes a five-step model:

The only published transvestite biography that he refers to, and the only person he directly quotes, is the highly untypical one of Leonard Wheeler, a fetishist,  bondage misogynist:


“Keeping her lovely is a full-time job. It literally takes several hours a day - but when I look into the mirror and see what we have made, it's worth every bit of the hard work and discomfort involved. When we walk down the street, our feet flying in their tight patent leather pumps because Connie's skirts are so narrow at the knees, our heels clicking in precise feminine rhythm, it's a great feeling to know that heads are turning. The women look, and they envy Connie her wardrobe; the men look and they envy whoever she belongs to, and maybe they think she doesn't belong to anybody, but they're wrong. She belongs to me. I'm the man whose hands run over her body, the man who touches her where only a lover is allowed to touch. Yes, quite frankly, I get great pleasure from her body. It's more than just sex, I know that now. It takes the place of sex. It's a tingle that I feel through me. It's how I suppose sex feels to a woman.” [emphasis added by Bruckner].

Apparently he then lost interest in the subject and did no further work on it.

This is a good example of what you can do with a sample that is obviously far too small to be valid, and which has produced a class/professional bias that a first-year student should be able to spot as lopsided.  Here is Buckner’s description of his sample:  “Their masculine roles are largely involved with symbolic manipulation: a medical doctor engaged in research, a professor, a Ph.D. in research, an architect with two professional degrees, a university student, an executive, and a minister. It may very well be that transvestites live a somewhat more complicated fantasy life than most people”.

And then to quote one and only one biography that admits that the person is untypical of transvestites.

How did he get this paper peer-reviewed?

Vern Bullough comments on Buckner’s paper:  “Two decades of research have added significantly to the data base, but the outlines of this pattern after the first cross-dressing episode seem valid at least for some male transvestites”.  I have already given my opinion of Bullough.  Devilliers discussion is much more insightful than Bullough's is.

Viviane Namaste is also at Concordia.  However she completed her PhD the year that Buckner retired.  She is a later generation.
Time: 22:45