Christina Schenk studied physics at Humboldt University in East Berlin, and became a research fellow at the German Democratic Republic Academy of Sciences.

From 1974-81 she was a member of the ruling Socialist Unity Party. 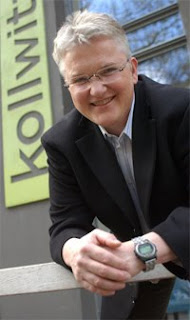 She was then active in the opposition movement sponsored by the Protestant Church, and was a lesbian and feminist activist.

From 1990 she was a member of the Bundestag of the united Germany for the Independent Women’s Association (UFV), and then from 1994 for the Party of Democratic Socialism (PDS) until 2002. She was the head of the Feminist working group for the PDS 1994-8, and also active in queer and lesbian politics. She was the first Bundestag member to declare as a lesbian.

From 2004 Schenk attended Leipzig Hospital where she was prescribed male hormones, and in 2006 transitioned legally and surgically to male. His wife supported his change.  As they had previously registered as a partnership, they cannot marry without a year of separation .  The district court has consented to their marrying, and the case has gone to the Berlin Senate Administration Board.

*Not the athlete, nor the computer technologist.