Delgado Gómez was born in  Güímar, Tenerife. He was trained at the Conservatorio de Música y Arte Dramático in Santa Cruz de Tenerife. He then moved to Madrid, and as the Francoist vagrancy laws, under which one could be imprisoned merely for being gay or trans, were modified in 1979, Gómez as Carla Antonelli was able to transition by age 20. 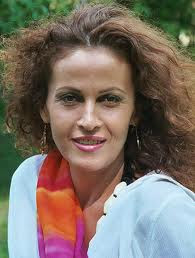 She recorded a television documentary on transsexuality in 1980 for TVE-2, but the censors withheld it until after the attempted coup by Colonel Antonio Tejero in 1981.

Carla's extensive web site was one of the first to feature positive images of trans women, and is the most popular trans site in Spain. This inspired Lynn Conway's TS Women Successes page in 2000, and Carla was one of the first trans women featured on Lynn's site, but after complaints that she is not post-operative, and the mediation of June Hingle, she was removed. However Lynn still gives a special thanks to Carla.

In 2003 she was honoured by the  Colectivo de Transexuales de Madrid. 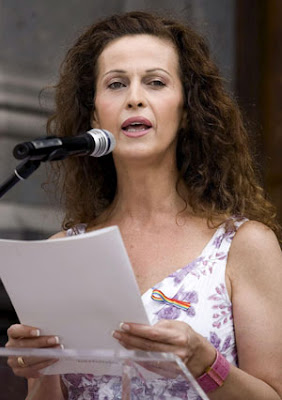 In 2004, PSOE became the government, and quickly implemented gay marriage, but kept delaying the Gender Identity Law until Antonelli threatened a hunger strike and this attracted international press attention.  After the Ley de Identidad de Género was passed in 2007, she was the first in the Madrid area to change her legal identity.

She then resigned her position as the co-ordinator of the GLT group but continues to support PSOE. She also agitated against the prohibition of prostitution in that many trans women can find no other employment. At that time she began to record the television series Antena 3.

She continued as spokesperson of the LGTB Federation and of the Madrid Transsexual Collective after violent attacks by NeoNazis. She has lectured at universities and at the Congress of Sexology. She was invited by transsexual groups in Venezuela, Chile and Mexico, appearing on television, in the Mexican Chamber of Deputies and at the Univerity of Merida.

She was awarded the Baeza Award for visibility. In 2009 the municipality of Güímar, Tenerife gave her a lifetime award.

The Spanish HBS people, and Charlotte Goiar in particular, do not care for transsexuals to be represented by a non-op person, and even object that the Ley de Identidad de Género permits one to change one's name and gender in the Civil Registry without undergoing surgery. A Carla-Antonelli.blogspot.com was set up by an anonymous third party which pretended to be by Carla and that she was a prostitute and that she was transphobic. After a couple of years of harassment, Carla complained to the police in May 2009.

Carla has played in 6 movies and 3 television series and is often seen on Spanish television and on the stage.


June Hingle maintains that the dissension between Charlotte and Carla was created by Mariana Casas writing under various names.

June, who was also featured early in Lynn Conway's TS Women Successes page, asked to be removed in that she does not like to be regarded as a post-op transsexual.

IMDB gives Carla's birth year as 1970.  That would make her 10 years old when she was in the first television documentary.

The es.wikipedia article says nothing about the feud with HBS.

There is no Wikipedia page on the Spanish Ley de Identidad de Género.

(Comment update April 2016:   IMDB still gives Carla's birth year as 1970.   Most of the comments below are sour grapes by HBS persons.   Maybe I should remove them as HBS imploded some years back.  See my Short History of HBS.   I leave them for now for historical reasons.)