Margaret O’Hartigan transitioned in Minnesota in 1979. She was on public assistance and successfully sued the State to pay for her surgery.

She moved to Everett, Washington, where she worked as a typist. She applied for a job with the State Police and discovered that only police forces and a few others may require a polygraph test asking questions to prospective employees about private matters. With the ACLU she sued the Police in 1987 on this matter. In 1989 they won, but in 1992 the Washington State Supreme Court reversed the ruling.

In the early 1990s Margaret obtained a ruling against a Seattle bisexual women’s group that excluded her because she is transsexual.

In the mid 1990s she moved to Portland, Oregon, where she persuaded the Phoenix Rising Counseling Center to include trans persons. She publicized the role the Unitarian Universalist Church had had in publishing Raymond’s The Transsexual Empire. She established the Filisa Vestima Foundation in order to collect funds to aid indigent transsexuals gain access to health care. 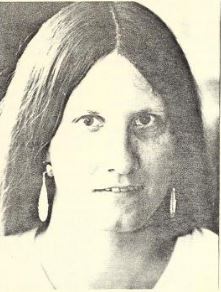 
"Every application of the term transgender to me is an attempt to mask what I've done and as such co-opts my life, denies my experience, violates my very soul. I changed my sex. Like the hijra of India and the gallae of Rome I took cold steel to myself and proved that anatomy is not destiny. Like the Siberian Chukchee shaman I have died and been taken apart, reassembled, changed sex, and come back with new powers. Like the inkte of the Mdewakanton Siouxs I grew up amongst, I have had my visions.

I am not transgender."

She helped Dean Kotula, herself and others file complaints in Oregon on the basis that they were covered under disabilities anti-discrimination laws. A newly qualified lawyer, trans woman JoAnna McNamara, successfully presented a brief with supporting theory and case law to much the same effect. This led to a squabble over the credit. Margaret put down McNamara and her client as ‘men’ who had enjoyed ‘adult white male privilege’ because they had not become women until their 40s.

In 1994 she wrote an article “The Joy of Fat” about being overweight in Dimension Magazine that was reprinted in Harper’s Magazine.

In 1996 Margaret controversially accused Jessica Xavier of racism. In the same year she received Pride NorthWest’s “Spirit of Pride Award” for her “tireless advocacy for the trans community and for trans consciousness raising with both the Les/bi/gay and general straight cultures”. She has opposed the removal of Gender Identity Disorder from the DSM in that the associated HBIGDA Standard of Care is non-abusive unlike what she was exposed to as a child, and attacked Phyllis Burke's Gender Shock which documents abusive attempts to 'cure' gender variant children as a 'transphobic' book.


In 1999 she opposed the Portland Lesbian Community Project extending its services to trans women whom Margaret referred to as ‘men’, and cited Janice Raymond as part of her argument. This article was later reprinted by the Vancouver Rape Relief & Women’s Shelter during the dispute that arouse when they rejected Kimberly Nixon as a counsellor.

One must take whatever civil rights are available wherever you live. However I do feel uneasy about trans persons being covered under laws relating to disabilities.

Why is this woman not being saluted by the HBS people as the pioneer that she is for their cause? Partly I think in that none of the HBS websites have any historical component. They do not seem to have any interest in what persons like themselves did in earlier decades.

O’Hartigan is just as contentious as Goiar in wishing to deprive other transgender persons of civil rights; but unlike Goiar she has actually achieved something useful as well.

Willow Arune, here, says: "Now, bearing in mind that Blanchard found two distinct types, he wanted to avoid the primary-secondary terminology. It had been abused in the system, with status and bias (such as Margaret Deirdre O’Hartigan in Minnesota and then Oregon)." I have previously raised the question: does HSTS=HBS? An observer might consider O’Hartigan to be both. However I wonder what Margaret herself thinks about such jargon?
Time: 19:12