Mary Veronica grew up in New Jersey as a Catholic, and has a degree in English. 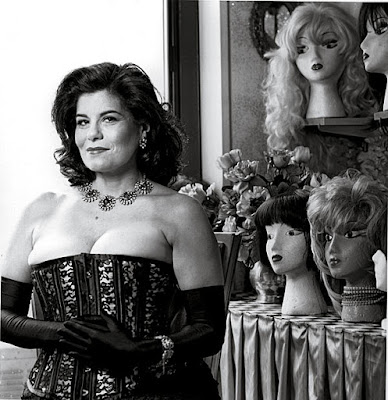 She was a regular at the Studio 54 disco in New York. Through the 1980s she wrote a column about New York’s sex scene in Adam magazine.

In 1984 she testified on sexual explicit media to a US Senate committee, and argued for the decriminalization of prostitution. In 1986 she attended that year’s World’s Whores Congress in Brussels. In 1989 she helped to reorganize Prostitutes of New York (PONY). Her 1992 video, Portrait of a Sexual Evolutionary, was included in a show about sex work at the University of Michigan Law School and became the centre of a censorship battle.

She founded her Finishing School for Boys Who Want to Be Girls in 1992. She has written books on cross-dressing, and many articles on sexuality in general. In 2005 she extended her services to women also, for like men they also need to learn the artificial aspects of being female, especially the art of walking in high heels. She also runs a group for wives of crossdressers.