Lawrence was a cross-dresser from childhood, who self-prescribed hormones while at medical school in Minnesota. After graduation he attempted to ‘function as a normal male’. He married a woman in 1987 and they had two children. He worked as an anesthesiologist at Seattle’s Swedish Medical Center.

In 1992 he restarted hormones, and underwent electrolysis. In 1995, Anne abandon 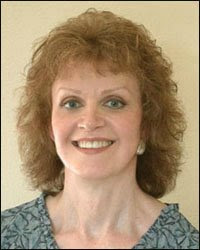 ed the marriage, and transitioned socially, including at work.

She also had been able to observe Dr Toby Meltzer do a sex-change operation. The next year she returned to Dr Meltzer as a patient for her own operation, only six months after social transition.

In 1997, while working as an anesthesiologist, she allegedly performed an unauthorized vaginal inspection on an unconscious Ethiopian patient and was forced to resign.

In 1999 she worked with Andrea James on a possible book for transsexuals, but they they went their separate ways.

Anne studied for a Ph.D from the Institute for the Advanced Study of Human Sexuality at San Francisco, which she received in 2001. Michael Bailey was one of her thesis advisors.  She followed that with an MA in Clinical Psychology at the Washington School of Professional Psychology.

She is now a counselor specializing in trans patients, and is a writer and speaker associated with the opinions of Ray Blanchard and Michael Bailey. She described Bailey's book, The Man Who Would Be Queen, "a wonderful book on an important subject". She has replaced the term ‘homosexual transsexual’ with the less contentious term ‘androphilic’, but still apologizes for Blanchard’s insensitive usage of ‘homosexual’ to describe heterosexual trans women. She has tested Blanchard's categories with post-operative women. She is the major post-op who self-describes as autogynephilic, and has popularized the expression “men trapped in men’s bodies’ to describe persons like herself.


It is worth emphasizing that Blanchard's theory refers to sexual desire in a fairly broad sense; it means more than just genital arousal. In fact, Blanchard was quite aware that his theory about non-homosexual transsexuality being a manifestation of sexual desire would have to explain why the transsexual impulse persists even when genital arousal is reduced or absent. For example, many of us with a history of sexual arousal to cross-dressing or to other autogynephilic imagery report that while our sexual excitement diminishes over time, our desire for sex reassignment surgery continues and even intensifies. Likewise, when we autogynephilic transsexuals take estrogen, our libido is often diminished or even eliminated, but our desire for sex reassignment usually is not. Blanchard hypothesized that after a period of time, stimuli which have been experienced as sexually exciting come to be regarded as rewarding and desirable in their own right, even when they no longer evoke intense genital arousal. Again using the analogy of heterosexual marriage, Blanchard pointed out that men often continue to experience intense emotional bonds to the objects of their sexual desire (i.e., their wives), even after their initial intense sexual attraction has diminished or completely disappeared.

Along with Blanchard, she has compared transsexuality to amputee fetishism, a position since adopted by the antigay reparative therapy organization, NARTH and religious organizations that are now talking of 'sexual amputees'. Also like Blanchard she asserts that androphilic trans women are a type of gay men. She has proposed that a small BSTc cell count is a marker for autoandrophilia autogynephila.

Lesbian right-winger Tammy Bruce used Anne Lawrence as one of her examples of 'moral vacuum' in her 2003 book, and presents her as an advocate for gender changes for trans children, without mentioning at all what she really stands for.

Curtis Hinkle has proposed, based on both content and style, that Lawrence is the (part) author of the final section of Bailey’s The Man Who Would Be Queen.

Her web page contains a lot of resources for transsexuals, including comparative material on the vaginoplasty of different surgeons, but her autobiography has been taken down, and she uses robots.txt to keep it out of the web archives. Material on some surgeons had to be removed when they threatened litigation.

She is a member of WPATH and the International Academy of Sex Research. She has served on the Task Force on Gender Identity, Gender Variance, and Intersex Conditions of the American Psychological Association.

In 2008 Lawrence became Adjunct Associate Professor in the Department of Psychology, University of  Lethbridge, Alberta.

From October 1998 to October 2011 she collected several hundred narratives via her website from 'autogynephilic transsexuals'.   These became the basis of her 2013 book, which was priced high to discourage the general public from reading it.

*Not the playwright nor Ann Lawrence, the novelist.