Steve was the s 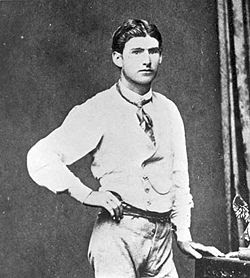 He was a jockey and declared the winner of The Benella Handicap after a protest was upheld. It is said that he was the only person to jump a horse over the Wangaratta railway gates.

He was also known for riding side-saddle dressed as female.

In 1877 he was convicted of horse theft and sentenced to 12 months. After release he took up with the Kelly brothers panning for gold. This led to an altercation with a police party camped nearby, and to the Kelly party shooting two of the policemen. They were declared outlaws and took up robbery.

Steve would dress as female to scout banks, and was mistaken by the police for Ned Kelly 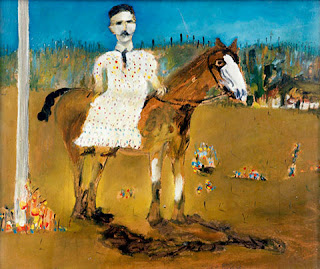 Hart died, with several of the Kellys at the famous siege of Glenrowan in 1880.

The artist Sidney Nolan in his famous series of Kelly Gang paintings included two of Steve in a dress on a horse.

The 1970 Tony Richardson film Ned Kelly with Mick Jagger as Ned Kelly and Geoff Gilmour as Steve Hart does not show or mention Hart's transvestity.

The 2003 Gregor Jordan film Ned Kelly with Heath Ledger as Ned Kelly and Philip Barantini as Steve Hart does include a scene with Hart in drag.
Time: 09:52