Tish Gervais (who many years later reverted to being Brian Belovich) was a friend when Wilhelmina chose her name, ‘Wilhelmina’ from a modelling agency active at that time and ‘Ross’ from the singer Diana Ross. Wilhelmina was part African American and part Cherokee, and was already living fulltime as female.

In 1968 Wilhelmina became involved in the Jackie Curtis play Amerika Cleopatra. There was a contretemps with Alexis del Lago who had created a special dress for Jackie, but it was Wilhelmina who was wearing it on stage. Wilhelmina was also involved in Charles Ludlam’s Ridiculous Theatrical Company.

Jimmy Camicia founded the Hot Peaches acting troupe in 1972, with drag as a major component. Marsha P Johnson was an early recruit. Wilhelmina joined in 1973. They were skeptical about the Warhol Factory scene and satirized it as The Magic Hype drag show, starring the celebrity-obsessed sell-out Randy Whorehall. In another play, Wilhelmina played drag queen superstar Belladella Bosom with the line: 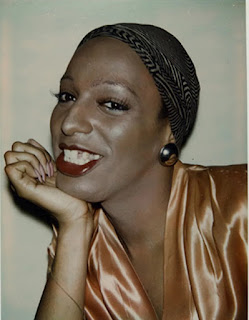 In 1974 Wilhelmina was one of the trans women recruited, mainly from the Gilded Grape, for the Andy Warhol / Luciano Anselmino Ladies and Gentlemen Project. Anselmino paid Warhol $900,000 for 105 paintings. However Warhol took more than 500 polaroids of 19 sitters, paying each of them only $50. This resulted in 268 canvases. Wilhelmina had the biggest presence. She was in 52 Polaroids and 73 of the paintings. The paintings were exhibited in Italy the next year, but none of the sitters were identified.

The next year Wilhelmina had a bit part in the pro-prostitution film, The Happy Hooker.


“had a very bad ending, addicted to crack cocaine and sleeping on the streets. She didn’t want to go on welfare and pushed and pushed until she got a job, but they gave her a really hard time and finally she couldn’t take it any more.”

Some of the 1974 pictures were shown in 1997 at the Gagosian Gallery in New York, and Camicia came forward to identify Wilhelmina. The full collection was exhibited in Pittsburgh, London and elsewhere in 2018-20. This time the sitters were identified, following careful research. 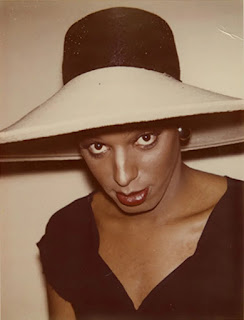 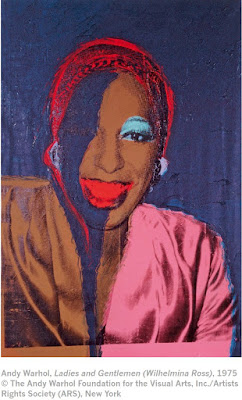