Harold Lyman Miller grew up in rural western New York state, where as a young teenager he would take a dress when fossil hunting in the wild.

Then he put away childish things and set out to prove his manliness. He played high-school basketball, chased girls, did a BA in Oriental Studies, 1966 at the then all-male Princeton University, and a PhD in history at George Washington University, DC, 1974, and married.

A fluent Mandarin speaker, Miller worked as an analyst of Chinese foreign policy at the Central Intelligence Agency 1974-1990. His second wife was also a CIA analyst. They had a son and a daughter.

From 1990-2000 he worked as professor of China studies and for most of that period, director of the China Studies Program at the School for Advanced International Studies, Johns Hopkins University (which, unlike the rest of Johns Hopkins, is located in Washington, DC).

Not until he was 52 did Miller catch an episode of the Phil Donahue show on TV about transsexuals and realize that was what he was. He also discovered the book True Selves: Understanding Transsexualism by Mildred Brown. Miller discussed his feelings with his second wife, and started wearing female clothes.

Approaching 60, Miller got a new position as a visiting fellow at the conservative think tank, the Hoover Institute at Stanford University, Palo Alto, California, and also as senior lecturer at the U.S. Naval Postgraduate School in Monterey, California.

At the urging of the wife, Miller consulted local gender counselor Judy Van Maasdam, the co-ordinator at Stanford’s Gender Dysphoria Clinic. Alice, as Miller became, underwent 250 hours of electrolyis and in total spent over $100,000 transitioning. She was able to transition on the job in both positions. Both institutions had had previous employees transition. 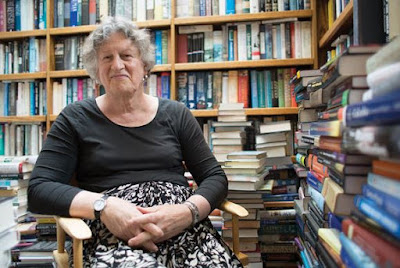 Alice had surgery at the Sequoia Hospital in Redwood City, California in August 2007.

In May 2015, Alice gave a talk on transition at the TEDx event at Stanford University.

The EN.Wikipedia article on Alice has no mention at all of her gender change despite the fact that she is quite open about it. Nor does it list her first two books.  The page was written by the now blocked author Occultzone.

It is ironic that Miller spent 10 years at Johns Hopkins University without being aware of its pioneering gender clinic.