(All quotations from Anderson 2015, unless otherwise specified).

Ira’s father was a successful bookmaker who raised his three sons and a daughter in Beverly Hills, Los Angeles. Ira was the youngest, and the first in the family to go to university. He graduated from the University of California, Los Angeles in 1953. He was a noted rugby and US football player. In the latter, he was on the UCLA winning team of 1953, and Pauly was the B’nai B’rith 1953 Los Angeles Jewish Collegiate Athlete of the Year.


“I applied to medical school. And even though my, I had a pretty good GPA, probably 3.4, 3.5. But the guys that were getting in had 3.8 and 4.0s. But you know, because by then I had become known as a football player, I was the first one to get accepted at UCLA, I was told. So that didn’t hurt. They were looking for people who were so-called well-rounded.“ (p2)

He graduated from the UCLA School of Medicine in 1958. After doing a surgical internship at UCLA, he was accepted for a psychiatric residency at Cornell Medical Center in New York. He married in 1960, and he and his wife had four sons.

In 1961 he was doing a rotation in the consultation service when he was called to urology to counsel a trans man who was in for a hysterectomy. He attempted research in the hospital library but found material on transsexualism only in French and German. He had patients who were willing to do longhand translations for him.

He then discovered a paper by Cauldwell.


“And then there was a brief article by someone named Harry Benjamin. And in those days, it was in a somewhat obscure journal. I don’t quite remember which journal it was. But it had his address. And it was an address that was about five blocks away from the hospital that I was working at. So I looked up his name in the phone book and told him that I was a psychiatry resident, and I had a little experience with a transgender, transsexual patient. And was there any way I could come over and talk to him, because I had read—he was an endocrinologist. And a lot of these folks, the first step in the physical transition is taking the contrary hormone.” (p6)

For much of that year, he attended Benjamin's Wednesday afternoon clinic.


“So every Wednesday afternoon, through the generosity and mentorship of Harry Benjamin, I was able to see probably more transsexual patients than any psychiatrist in North America. … As I got to know the patients, they uniformly described being happier into the gender role that they felt they were in from the very beginning. And that the only thing that needed to be done as far as treatment was concerned was to get the body on board with the gender of their choice.“ (p6)

Pauly set out to aggregate 100 cases from the literature and from among Benjamin’s patients.

He had been in the Reserve Officers’ Training Corps (ROTC) at UCLA and would normally have done military service at the end of his education, but he had developed glaucoma, and the army no longer wanted him. In 1962 he obtained a position at the University of Oregon Medical School.

He completed "Male Psychosexual Inversion: Transsexualism. A Review of 100 Cases" in 1963, but it was not published until 1965. He concluded that that gender surgery had positive results and that trans patients should be supported by medical professionals in their quest to live as the gender of their identity. He then received a thousand requests from doctors around the world for offprints of his article. It also resulted in a job interview at Johns Hopkins, but Oregon doubled his salary to keep him.

++His presentation at the American Psychiatric Association in 1964 led to a sensationalized article in the National Insider that while quoting him that the desire to change is found in childhood, it then blames alcoholic fathers who punished their children, and that "It apparently gave them a reason to escape from responsibility and from being a man".

However, Harry Benjamin, in his 1966 The Transsexual Phenomenon, quotes Pauly as saying:


“Because of his isolation, the transsexual has not developed interpersonal skills, and frequently presents the picture of a schizoid or inadequate personality.” (p71-2/33).

Speaking to the American Psychiatric Association in May 1964, Pauly said:


“The transsexual attempts to deny and reverse his biological sex and pass into and maintain the opposite gender role identification. Claims of organic or genetic etiology have not been substantiated. … Although psychosis is not frequent in the schizophrenic sense, in its most extreme form, transsexualism can be interpreted as an unusual paranoid state, characterized by a well-circumscribed delusional system in which the individual attempts to deny the physical reality of his body. The term Paranoia Transsexualis has been suggested as an appropriate descriptive term for this syndrome. Psychosexual inversion is seen as a spectrum of disorders, from mild effeminacy to homosexuality, transvestism, and finally transsexualism, each representing a more extreme form, and often including the previous manifestation.” (quoted in Benjamin, 162-3/76) 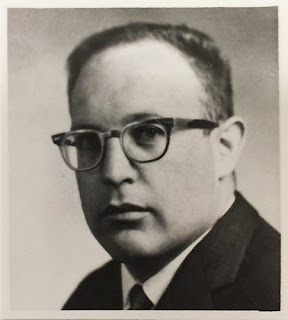 He was one of the first doctors to point out that transsexuals tell the doctor what he wants to hear. He called them “unreliable historians”. (Benjamin, 164/76)


“But these folks were, among other things, very grateful because they had great difficulty getting a physician to empathize with their situation, let alone treat them. And prescribe hormones and refer them to the surgeon for surgery. So the word got around. So I probably treated everybody in the Portland area on a one-to-one basis.” (p12)

Oregon had no surgeon performing transgender surgery, so at first patients were referred to San Francisco, and then to Dr Biber in Trinidad, Colorado. Pauly did his own endocrinology prescriptions. In that period he also attempted to treat gay persons wishing to become heterosexual.


“And there was the occasional transgender person that wanted to go back to accept himself in the gender role that was consistent with what his body said. And some of us tried to help out in that regard. But I personally tried to do that with a couple of patients. And the only thing I really accomplished was to kind of push them into a psychosis. So that, by trial and error, I learned that I certainly didn’t have the ability to help them with that problem.” (p19)

In 1969 he contributed two papers to Green & Money’s Transsexualism and Sex-Reassignment, one on trans women, one on trans men; each includes four case studies, and an overview.

Paul McHugh, who would close down the gender identity clinic at Johns Hopkins after 1975, was dean of the University of Oregon Medical School until 1975.

In 1975 Pauly’s student Thomas Lindgren, wanting something more objective than a patient’s self-history, developed a body-image scale where patient’s rated how they felt about different parts of their body. Not surprisingly pre-op transsexuals rated their genitals worse than their arms or legs. However it was also used for anorexia and other conditions, including those wanting homeogender surgery.

In the late 1980s, Louis Sullivan was lobbying the American Psychiatric Association and the Harry Benjamin International Gender Dysphoria Association and the gender identity clinics to recognize the existence of gay trans men. Pauly was one of the few psychiatrists to respond, and made a three-hour video interview with him.

Pauly retired in 1995, did sabbatical work in New Zealand, and returned to work in the state hospital in Reno, Nevada and became medical director for the Northern Nevada Adult Mental Health Service.

In 2004, Pauly was inducted into the Southern California Jewish Sports Hall of Fame.

The EN.Wikipedia article is almost the same as the TSRoadmap article.

At the end of Maija Anderson’s interview, Pauly is asked what he thinks about Alan Hart, the famous trans doctor from Portland, Oregon, who transitioned in 1917. Despite having lived in Portland for 16 years where Hart is remembered, he replies: “No. I wish I had seen that. Where was it published again”, and then “And as far as I knew, the first published female to male, as we referred to it, was the patient I described in the New York Hospital”. Obviously he does not spend much time reading trans history.
Time: 08:45