Táng Zōnghàn 唐宗漢,  who later took the English name Autrijus Tang, was born in Taiwan, learnt the Perl programming language at 12, dropped out of school at 14, founded a business at age 16 and by the age of 19 had worked in California as a software entrepreneur.

In 2005 she transitioned and changed her Chinese name to Táng Fèng 唐鳳 and her English name to Audrey Tang.  Her parents backed her unconditionally. 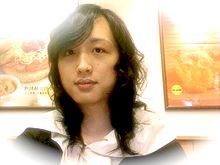 She has done pioneering work especially in Perl, Haskell and open source programming. She has translated related textbooks into Chinese. She is a proponent of autodidactism and individualist anarchism.

In 2014, Tang announced her retirement as an entrepreneur, and devoted her time to internet public welfare projects in Taiwan such as g0v.tw and the vTaiwan platform, as well as working on a contract for Apple.

In August 2016 Audrey was named a minister without portfolio to mange digital information for the Taiwanese government.

*Not the Malaysian jazz musician