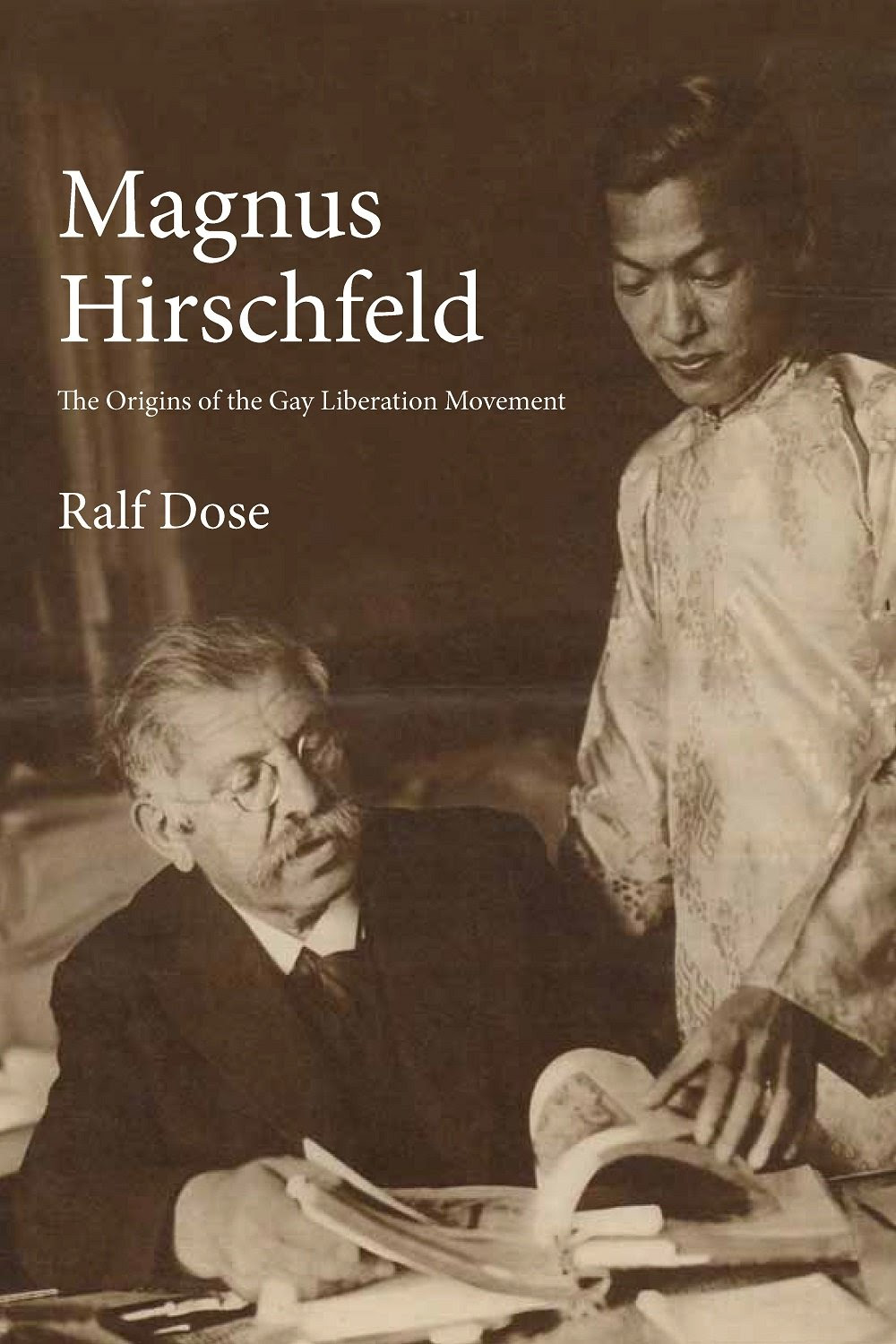 Ralf Dose is co-founder and director of the Magnus-Hirschfeld-Gesellschaft in Berlin. His rather useful short biography, part of the Jüdische Miniaturen series, is now available in English. Willis' translation is more than just that, for example the bibliography lists Hirschfeld's books available in English separately from those available in German only. Incidentally it lists Sexual Anomalies and Perversions, 1936, as by Arthur Koestler and Norman Haire, and designates it as 'apocryphal'. The German title translates as Magnus Hirschfeld: German, Jew, World Citizen – I presume that the title change is a marketing decision, but it is not explained.

The other options for English language readers are:
The new book is concise, affordable and up to date, and, while it in no way replaces Wolff's magnum opus, it will meet most readers' requirements.

It is however written from a gay perspective. We are still waiting for somebody to do an account of Hirschfeld from a trans perspective with details of all his trans acquaintances and patients. (Why are you looking at me?)

According to the index there is trans content on pages 9,11,46, 72, 97-9. This barely covers the publishing of Die Transvestiten, 1910, the distinction from homosexuality, and the fact that the term 'transvestite' includes what today we would call 'transsexual'.

Much more interesting is page 55, which is not flagged in the index, which contains:


"The domestic staff was sometimes complemented by people staying temporarily at the institute and too poor to pay for their rent or treatment. Rudolf R. (b. 1892), called Dorchen, is perhaps the best-known example .42 Likewise Arno/Toni Ebel (1881 – 1961), who attained modest honors as a painter in the 1950s in East Germany, lived for one year in the basement of the institute."

I immediately recognised Dörchen Richter of course, although I still wonder why some authors write Dörchen R. when we do know her surname. It took a short while for it to sink in that I now had the full name of the second patient discussed in Felix Abraham's 1931 paper, Genitalumwandlungen an zwei männlichen Transvestiten, (full text translation) whom previously I had known only as "Arno (Toni) E." This enabled me to research and write my article on Toni Ebel.

What about the end note 42? It gives details of Dörchen's operations, and continues:


"Since she could not afford to pay the expenses of her operations, she worked in the household of the institute. The figure of "Dorchen" in Rosa von Praunheim's film The Einstein of Sex is complete fiction".

The word "complete" is of course elastic. It is a historical fact that Dörchen worked in the institute, and is not known to have survived the Nazi assault on the institute. The scriptwriters of the film needed to dramatise her role beyond the known facts, and the climax of the film when she goes back into the Nazi ransacked institute to confront them has no confirmation in fact, but is perfectly legitimate poetic licence and an amazing tribute to a brave woman.

Far less legitimate is the Wikipedia page on Magnus Hirschfeld which in the section on his institute contains the following:


"Although inspired by Hirschfeld's life, the film is a work of fiction containing invented characters and incidents and attributing motives and sentiments to Hirschfeld and others on the basis of little or no historical evidence. Hirschfeld biographer Ralf Dose notes, for instance, that "the figure of 'Dorchen' in Rosa von Praunheim's film The Einstein of Sex is complete fiction."

Which reads as if Dörchen never existed, and is a calumny against both Dose and Dörchen.