(Original May 2008; expanded February 2015 – all pages references to A Girl Called Georgina unless otherwise noted)

George Turtle, the youngest child of three of a self-made man and dentist, and a musician mother, was born in Purley, south of London. Somerset would later claim that she had an underdeveloped penis and some female organs, and this is why the parents were late in registering the birth – however the parents never referred to any possible confusion.

George went to Croydon High School for Boys. He did not go through puberty, and grew neither breasts nor facial hair. In 1938, anticipating the coming war, the family relocated to Lower Kingswood, Surrey, and he completed his education at Reigate Grammar School for Boys (which was until 1944 a fee-paying school).

Turtle passed the pre-medical exams in 1940 and trained in dentistry at King's College Hospital. After qualifying in 1944 he joined the Royal Navy as a dentist, which due to the exigencies of war he was able to do without a physical examination.

In 1945 the pipe-smoking surgeon-lieutenant and his elder brother were initiated by their father into the Freemasons. Turtle saw service in Ceylon as well as in England. In 1948 Turtle left the Navy and established a dental practice in Croydon. His mother died in 1952. In his 30s Turtle resigned from his Lodge even after being advanced to the rank of Worshipful Master.


"it immensely distressed me as I felt no one would believe that my own case had not been influenced by hers and that I might be different"(p33).

He was prescribed male hormones for a while, but all they did was make him more irritable. Turtle was introduced to the urologist and Gurdjieffian Kenneth Walker. A psychiatrist proposed that Turtle enter a mental hospital and be treated with electro-convulsive therapy. Turtle Senior strenuously objected, and an appointment was arranged with the Greek-born Professor Alexander Panagioti Cawadias, the prominent sexologist who is credited with coining the word 'intersex' (Hermaphoditus the Human Intersex, Heinemann Medical Books, 1943) who conducted a proper examination and declared Turtle to be a hermaphrodite, prescribed oestrogen and advised a change of sexual role.
Kenneth Walker arranged an appointment with eminent surgeon Harold Gillies, but it went badly as Turtle came directly from dental work clad in a black morning coat and pinstripe trousers. Gillies, who was already on the carpet with the General Medical Council for having operated on Michael Dillon and Betty Cowell, was dismissive: “I do not really think you look or could be made to look like a woman".

A 'corrective procedure' was performed by Mr Patrick Clarkson, a New-Zealand-born Harley-Street consultant plastic surgeon and colleague of Harold Gillies, in January 1957.


"It was not the so-called 'sex change operation' of common knowledge to-day, and I even had to to go out a week before and buy my very first outfit of female clothes in which to leave the clinic. Indeed, I knew little of what a woman wore under her dress or skirt" (p35).

Georgina now moved to Bognor Regis and began living alone as a woman. Late one freezing November night Georgina was assaulted, dragged into a field and raped. This resulted in being bedridden for weeks with pneumonia and thoughts of suicide. What it did lead to was the cutting short of her hair and a return to the male role, regretted immediately, and locum dental work while she waited for her hair to regrow. She found a cottage in Plumpton, near Brighton, and slowly regained the female role.

In June 1959, Georgina's father died, and as 'an act of love, duty and loyalty' (p40) Turtle again cut his hair and donned a suit to appear at the funeral as expected, and stayed in the male role for nine months working at his old practice in Croydon and sorting out his father's affairs and selling up.

This done Georgina moved to Hove, Sussex in April 1960. She finally obtained a revised birth certificate in July that year, but had to supply medical reports along with affidavits from Kenneth Walker, A.P. Cawadias and her father (the last having been signed before his death). Mr Clarkson was also obliged to provide a report of her anatomy and Georgina had to provide written assurances that she had never been married or been capable of functioning as a male.

The press discovered Georgina, her home was besieged and the phone never stopped ringing. She agreed to an 'exclusive' with The News of the World, and was paid £100. A local paper gave the name of her road and stated that she intended to start a practice. This led to difficulties with the General Dental Council, which in those days was very strict against advertising. Turtle threatened to sue the newspapers, apologised to the Council, and was given a reprimand.

Letters started to come from all over the world, from transsexuals and those who might be. Georgina sat up long hours answering them, and at weekends received the writers personally. However


"It was not long before I realised that, as far as I could make out, all were, within a reasonable scale of variation, really physically normal people, and not like me at all. … It must, nevertheless, be said that most of all those I saw and heard from were basically sincere, nice people, who were so very happy for me and so very grateful that I was even prepared to listen to and understand their own troubles.(p50)"

Turtle knew most of the London consultants, especially John Randell and Kenneth Walker, and they referred patients to each other. 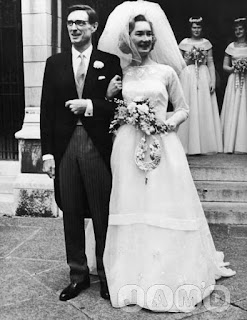 At Christmas 1961, Georgina was struck down with pulmonary tuberculosis and had to spend seven months in a sanatorium.

By then she had met Christopher Somerset, a design engineer and a distant kinsman of the Dukes of Beaufort. He cared for her while she regained her health. Their engagement was announced in the Court and Social Page of the Daily Telegraph, and they were married in a church wedding in Westminster in 1962. Photographs of their wedding appeared on the front page of all editions of the Evening Standard. They were also featured in most of the Sunday newspapers and when they arrived in Paris for their honeymoon, they found that they were on the front page of Le Journal du Dimanche.
_______________

Many of the early transsexuals, Lili Elvenes (Elbe), Betty Cowell, Dawn Langley Simmons, maintained that they were intersex. In all cases the only 'proof' is the claim in the autobiography. Understandably doctors and clinics maintain client confidentiality and so do not naysay the claim with the exception of Dawn who claimed to have given birth when she was 49 years old. Milton Edgerton explained to Dawn's biographer, Edward Ball, that it could not be possible. Georgina claims to be mosaic XO/XY (see Part II) and therefore not transsexual. Unless somebody examines the papers of Alexander Panagioti Cawadias and Patrick Clarkson, we will not have confirmation nor refutation of the claim that she was XO/XY. The link that I have provided is the best that I could find, but it does not discuss the likelihood of transsexuality in male phenotype XO/XY persons. I cannot find any clear statement that such persons are generally inclined to change gender. In the comments to Part II we will see Georgina pooh-poohing the idea that XXY chromosomes give justification for a desire to change sex. If anyone can point me to a medical article that shows male phenotype XO/XY persons changing gender in significant numbers, please let us know.

Alexander Panagioti Cawadias was a prominent sexologist, with a seminal book to his name, but is now largely forgotten.

Georgina says of the trans persons who contacted her that they were 'sincere, nice people' but 'not like me at all'. Her 340-page book is an expansion of this dialectic.

Georgina carefully says that she was "the first woman who had officially changed her sex ever to be married in a church under English law" (p52). For some reason the Wikipedia article drops the last three words thereby invalidating the claim in that Coccinelle (Jacqueline Dufesnoy) had married in church under French law two years earlier (1960). There were also several marriages in the US that had taken place earlier – of particular note is Georgia Black who married twice. There were also trans men who had married under English law: Wynsley Swan in 1927 and Mark Weston, in 1936.

Wikipedia also claims that Georgina was the first openly intersex person in the UK. Again one says, what about Mark Weston? Or Betty Cowell?
Time: 10:43