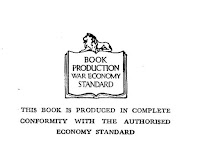 A.P. Cawadias expanded his 1941 lecture into a book, Hermaphoditus: The Human Intersex, first published in 1943 despite the wartime rationing of paper. A second edition was published in 1946.

He re-iterated that everyone is at least mildly intersex, hermaphrodites being severely so. For those assigned male he recognised four intermediate types:

For those assigned female, he concentrates on adrenal virilism (the major form that was treated at Charing Cross Hospital under Lennox Broster at that time). The intermediate forms that he recognises are:

A) Amazonian – “These are women excelling in sports and other male activities, and exhibiting qualities of leadership (p63)”.
B) “Psychological forms corresponding to those described for male feminism are frequent. Female homosexuality and female transvestism are outstanding. Striking examples of the latter form are George Sand and Christina of Sweden. Joan of Arc does not enter into this category. (p64)”

For those severely intersexual he of course recommends medical support, but with an important caveat.

“The Pragmatic Sex is that indicated by the will of the patient. It is the sex that will make him happier and confer better adaptation. … The pragmatic sex is to be accepted in cases of severe intersexualisation, in which the genetic sex is very doubtful and cannot be discovered. These individuals must have their place in the sun, and can have it only by virtue of their will to a particular sex. Otherwise they would be abandoned as a class apart of ‘undetermined sex.’ Many will object that the sex they will may not be their true, i.e., genetic sex, but in such cases the sex that brings most happiness and the best adaptation is surely the true sex.(p32)”

He accepts and admires the female intermediaries. However:

“Even if male homosexuals or male transvestists live unhappily and commit suicide when thwarted, overwhelming social considerations oblige the physician to ignore their will and thus their pragmatic sex. A male homosexual, for example, is a source of moral depravity in a group of other persons, particularly at schools. Besides being a generally depraving influence he is a source of contagion of intersexuality. He must therefore be thwarted in his activities, although more by treatment than by punishment. (p33)”

Michael Dillon, in his Self: A Study in Ethics and Endocrinology, 1946, describes Cawadias’ book as “vigorous and original” but fails to take the point for he continues to talk of true and pseudo-  hermaphroditism.

Mary Cawadias had survived, stayed in Greece and was a correspondent for Time and Life magazines during the 1944-9 Civil War. She later married a British diplomat.

Christian Hamburger, Georg K Stürup & E Dahl-Iversen, of the team that operated on Christine Jorgensen, read a paper at a meeting of Danish medical societies 13 February 1953, and then published it in the Journal of the American Medical Association later that year. They specifically quote Cawadias re the physician must “ignore their will and thus their pragmatic sex”. Hamburger et al reply:

“It is understood in medical ethics that if a disease cannot be cured an attempt should be made to improve the stress and inconvenience of the patient in order to make his life as tolerable as possible, having, naturally, due regard to the interests of society. We are unable to agree with Cawadias”.

In 1954 Cawadias wrote to the British Medical Journal:

“What is the predominant sex in an intersexual ? As I pointed out in my Thomas Vicary lecture many years ago, ‘with our contemporary ideas the predominant sex is that manifested by the total personality and not that indicated by special features of nuclear genes, gonads, endocrines, or even by the balance of sexual characters. Total personality is shown by the behaviour and will of the individual. Thus, in principle, an intersexual individual has the right to demand of us to perfectionate his sex according to his choice.”  ... "The application of this principle of free choice for the other class of intersexes, the transvestites, is much more difficult. These are individuals whose genital organs and gonads are distinctly male or female but who feel they belong to the opposite sex and want to live, dress, and work like members of the opposite sex. … In my opinion, these transvestites are as much hermaphrodites as those designated with this term, and, in fact, we find definite endocrine, genital, and other physical stigmata pointing to a definite intersexuality. They are the most unfortunate beings, leading lives of misery often terminating in suicide. We have to help them-but how ?”

In 1955, Georgina Turtle, then in transition, was referred to Dr Cawadias “London’s leading sexologist”. He conducted a proper examination and declared Turtle to be a hermaphrodite, prescribed oestrogen and advised a change of sexual role. In 1960 he supplied an affidavit to aid her in obtaining a revised birth certificate.

In 1959 Cawadias wrote to The Lancet:

“Are we to deny to transexualists (the most tragic of all intersexes) the benefit of a change of registration which would not do any harm to anyone and would prevent for these unfortunates a life of misery and even suicide, on the basis of their nuclear chromatin ? Our legislation regarding intersexual conditions is already very deficient, and the dogma of sexual chromatin will lead to even more erroneous legal decisions. For the clinician who will guide such legal decisions, the sexual chromatin is a part; and we cannot know the whole by considering only a part. Sex is a matter of total personality -including the most important, psychological personality --and not a matter of genes, gonads, genital organs, or endocrines.”

In 1962, at the age of 78, Cawadias returned to Athens where he continued to write and give lectures. He stayed after the 1967 coup d’état that led to rule by the Military Junta. He died at age 87.

Cawadias was one year older than Harry Benjamin, and his book came out 22 years before The Transsexual Phenomenon. From our 21st century viewpoint his legacy is mixed. His concept of the ‘predominant’ sex and the statement that the behaviour and will of the individual trump chromosomes, gonads and body shape is very modern. And yet it is a return to the 18th century when intersex persons where allowed to choose a gender, which would then be accepted. Cawadias’ position here is very similar to Benjamin’s “Seven Kinds of Sex” published in Sexology in 1961, and then revised as the first chapter of The Transsexual Phenomenon. It is noteworthy that Cawadias is not mentioned in Benjamin’s book. Not even in passing.

The intermediate types designated Dilettante and Amazon are now quaint and dated. The social construction of gender has changed since 1943 and the behaviours mentioned are now encouraged for both genders without implications of being intersex.

Cawadias’s book was advanced for its time. It is a shame that he succumbed to the homophobic mores of the time and demanded that male homosexuals and transvestists be thwarted in their attempts to be themselves.  However the letters that he wrote to medical journals in the 1950s indicate that he had changed his mind.

The claim that transvestites (which in the 1940s included what we now call transsexuals) are a type of intersex is of course contentious. But we cannot expect Cawadias to anticipate the next 80 years of debate after he wrote.