Barreto-Neto, raised in Tampa, Florida, knew he was a boy by age 5.

After puberty, Barreto-Neto ran off to New Orleans where, sometimes as a man, sometimes as a lesbian, s/he did a degree at Louisiana State University Medical Center while being openly gay, dropped out of graduate school, ran a gay disco, played drums in several bands, especially Original Bleus, became active on lesbian issues, was the first female co-chair of the Louisiana Gay Political Action Coalition (LAGPAC) and spent time in Colorado, Belgium and California. He was arrested many times in the 1960s and ‘70s for being ‘disguised’ in male clothing.

In his 40s Barreto-Neto became a cop back in Hillsborough, Florida and became a decorated police officer with numerous awards. He transitioned to Tony on the job. Hillsborough Sheriff Cal Henderson told the St. Petersburg Times: "This deputy was good as a female, and I'm sure will be just as good as a male". He completed this with phalloplasty from Dr Dan Greenwald in Tampa in 1995.

Tony founded and was Director of TOPS (Transgender Officers Protect and Serve), was a director of IFGE, and chair of Gender PAC. He is also a Eucharistic minister in the Catholic Church. He lobbied in Washington, protested outside courthouses, appeared in a documentary film and on ABC's "20/20." He attempted to visit the Michigan Women’s Music Festival on the grounds that if trans women are excluded, trans men should be welcomed. But he was asked to leave.

Some of his fellow officers became hostile after his transition, and his home was shot at. In 2002, Tony moved to Vermont with his wife and adopted daughter. He joined the Hardwick, Vermont, Police Department. 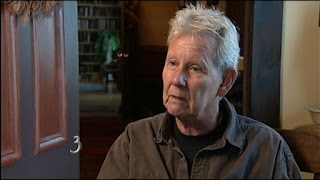 an anonymous phone call from Tampa, and urged a newly hired police chief to harass Barreto-Neto until he quit. The newly hired chief quit after two weeks. However no-one talked to Tony any more. Other officers did not respond to his calls for backup. He sued. The Attorney General’s Office found the complaints credible, and in 2004 Hardwick settled, paying Tony $90,000, and requiring that the town adopt a formal policy of non-discrimination and train its employees on transgender issues. This established for the first time that trans persons are protected under Vermont law.

Tony was thereafter unable to obtain work as a police officer until 2012.

++He has since been working internationally as a rights activist.  He currently lives in England with his British wife.