María Torremadé was raised in Barcelona. As a teenager she won Spanish and European awards in basketball and athletics and high jump. She ran 60 metres in 7.71 seconds, which was the European record and only four-tenths of a second short of the world record. She was the Spanish champion in 100 metres with 12.00 seconds, in 200 metres with 27 seconds.

In 1942 Torremadé announced that the original assignment of sex had been in error. Later that year he had surgery and announced that he, Jordi, was a man.  Maria's records were then invalidated. 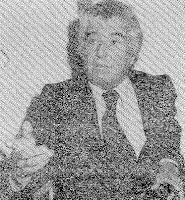 Jordi married in 1952, and became a sales supervisor for a multinational corporation. He and his wife were located in Paris from 1959-69, and then returned to Barcelona.