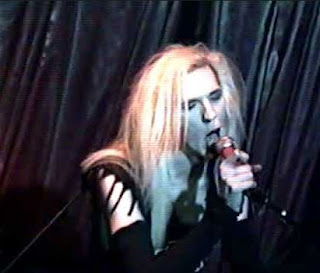 After high school, Brat served in the US Navy as a submarine commander.

Brigit, who was 6’7” (2.01m), designed and built speciality guitars. She composed and performed as Ritual Suicide Necrophilic Blues, and also covers of ‘When the Levee Breaks”.
God’s Girlfriend. She did a cover of “Bela Lugosi’s Dead” on her album