Richard Timothy Smith was born in Cheltenham. He knew he wanted to be a girl at age 6. At age 10, his father, previously an accountant, moved the family to Tauranga, New Zealand, to take up sheep farming. Richard was picked on at school for his small size, but became proficient on a horse.

At age 22 he returned to England. His horse skills got him employment as a stuntman in Carry On Cowboy, 1966, and Casino Royal, 1967. He changed his name to O’Brien, his grandmother’s name, to avoid confusion with another Richard Smith.

He was in the touring cast of Hair, 1969, where he met Tim Curry, and Kimi Wong who became his first wife. He had a small part in the stage version of Jesus Christ Superstar, 1972, which introduced him to director Jim Sharman, who later agreed to put on The Rocky Horror Show, Richard's first play. It played two years at the King’s Road Theatre, and was then made into a The Rocky Horror Picture Show. The film was initially a failure but then became defined as a cult classic and took off.

The follow-up Shock Treatment failed to take off in either way. Richard acted in a variety of film and television including as the villain Gulnar in Robin of Sherwood, 1986, and as the eponymous Ink Thief, 1994, and as the host of the game show, Crystal Maze, 1990-3. He performed as a musician as Mephistopheles Smith. 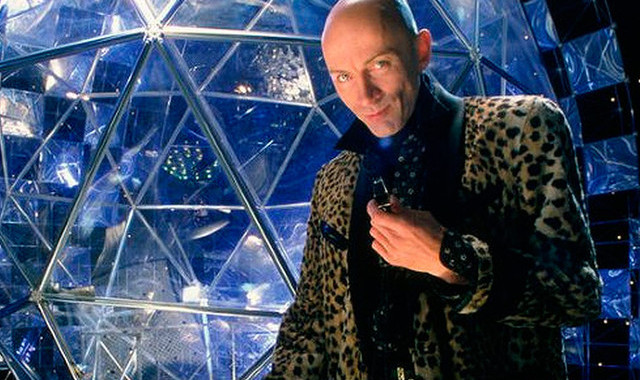 From 2009 he has been on oestrogen and has spoken several times to the press about being transgender. He feels sorrow and exasperation at the way society imposes a sense of


“being abnormal or perverted on those of us who are, as I like to think of myself, a ‘third sex’. Once I’d settled on that concept, I found it freed me from a lot of inner conflicts. But what a shame, that you have to hide yourself away. Become a shadow, so as you don’t make any waves. I don’t see any point in making yourself invisible – I’m too vain! And yes, from time to time, I put a frock on and make myself look gorgeous – exceptionally gorgeous – and my daughter, she’s 20, will be with me and when anyone sniggers or points, she says, ‘That’s my dad. It’s the way he is –right?’ As long as my children love me – and they do – I’m fine. And I’m happy.”

In 2010 he was denied citizenship when he applied to retire in New Zealand. After this was taken up in the press, he was granted residency as an ‘exceptional’ case.

++In 2013 O'Brien was in the press being controversial: “I think I agree with that. I agree with Germaine Greer and Barry Humphries. You can’t be a woman. You can be an idea of a woman. You’re in the middle and there’s nothing wrong with that. I certainly wouldn’t have the wedding tackle taken off.  That is a huge jump and I have all the sympathy in the world for anyone who does it but you aren’t a woman.”

* Not the economist, nor the collector, nor the other actor nor the jazz musician. 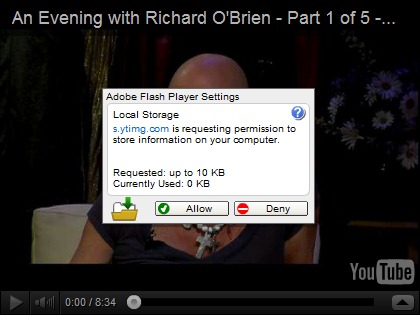 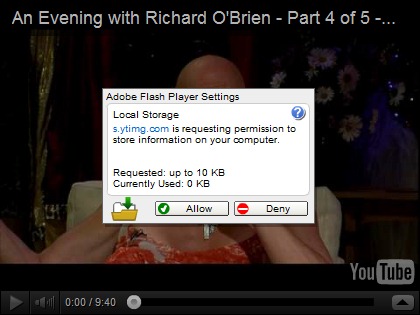 There are different ways of describing what Brad and Janet stumble into in The Rocky Horror Show.  One description would be a fetish party. Those who describe Virginia Prince and heterosexual transvestites as ‘fetishists’ never explain how they could possibly fit into the party.  Surely Prince and co are far too square to be fetishists.

There are large numbers of apparently non-trans Rocky Horror enthusiasts.  I have never seen a discussion of whether this is a variety of cross-dreaming, or some other cis gender variant.

++ I really don't know what to make of the remake of Rocky Horror with Lavern Cox.   Given O'Brien's more recent comments, why is a noted trans actor performing his work?   Not that I have any objections to a trans actor playing a cis gender variant role.   Cox in the part contributes to trans, drag, cis gender variance and fetish all being all mashed together - which is good.   An important part of the original is British actors playing US parts; I have seen no comment that this aspect will be respected in the remake.   I usually ignore remakes and stick with the original.   I will probably do so here.
Time: 12:20