Cabral was born and raised in Cabaceiras, Paraiba, Brazil. He passed the entrance exam for medicine and studied in Recife. While working as the Hospital das Clinicas in São Paulo, Cabral first started dressing as female.

In 1980 Cabral went to France, did an internship in dermatology, and then worked at the Hôpital Saint-Louis in Paris. Here she came out and transitioned. She chose the name Camille when she took French nationality:  "I wanted a very French name, but elegant". 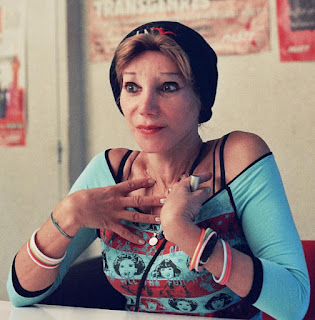 She also became involved in prostitutes rights, and fought against pimps and trafficking. She was a co-organizer of the Pute Pride march, and of the Red Light co-operative.

Camille was elected a list councillor for the Green Party in the 17th arrondissement of Paris and served from 2001-8. She also ran as a candidate in the parliamentary elections.


“Gender identity is not linked to sex change. Ours is not an issue of genitals, but of sensitivity, of attitude. There is no reason that we have to have genital operations in order to have our rights recognized. So I prefer to use the neologism transgender and not the word transsexual. I am a transgender woman!”