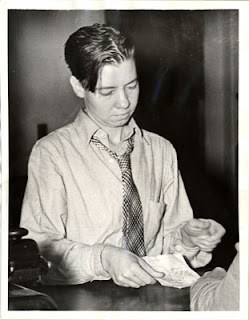 In 1938, after six years of steady employment and four years of marriage, Los Angeles resident, Michael Higgins was arrested on charges of grand theft and fraud. In jail it was discovered that was female-bodied. The police were embarrassed in that they had arrested and booked Higgins before without his sex being revealed.