A Lakota Sioux who was a student of aerospace engineering at Kent State University, Ohio, where he witnessed the shootings of students by the national guard May 4, 1970.

He became an engineer and married, but then he and his wife divorced and Joanna started to transition. While she was waiting for surgery, her father on his deathbed made her promise to stop transition. Attempting to keep this promise, she remarried her wife, and had a mastectomy. 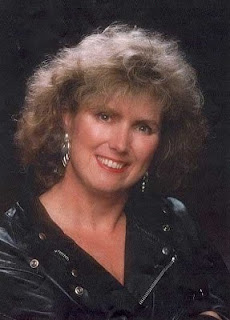 This did not work, and she and her wife divorced a second time. As JoAnna she studied law in Salem, Oregon. On graduation in 1996, she acted pro bono for Lori Buckwalter who had been fired from Consolidated Freightways for starting transition, and intended to marry a woman before surgery.

McNamara won her argument that transgender persons were covered by Oregon disability law. This led to a conflict with transactivist Margaret O’Hartigan who felt that she deserved the credit as she had been campaigning on the same case.  In either case, Oregon became the second US State (after Minnesota) to protect trans persons in its employment law.

JoAnna became active in the Oregon Gay/Lesbian Law Association, the US National Lesbian and Gay Law Association and the US Transgender Law Conference: the latter two where she worked with Phyllis Frye and they were allowed to put the case to the US Federal Government that trans persons should be covered under Title VII, Sex  Discrimination Protection.

JoAnna was also active in the Metropolitan Community Church.

However as a known transsexual she was unable to find employment, and committed suicide at age 48.

*Not the Chief of Staff in the Canadian Government, nor the professor of dance.
Zoominfo