Raymond Dubé became Lana St-Cyr (in homage to the famous stripper Lili St Cyr) and as such was known from the mid-1940s as the first transvestite entertainer in Québec, and she pioneered the field for others to follow.

Catholic organizations, especially the Soeurs-du-Sacré-Coeur pushed the police to charge her with giving an indecent performance in 1962. However the charges were dropped after a court appearance.

She was a friend of Marie-Marcelle Godbout. 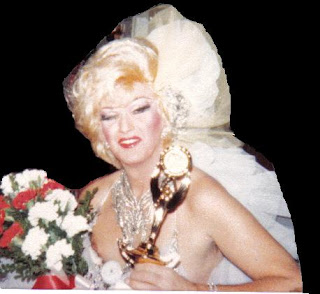 In the 1970s she joined the Raelian Church and persuaded other strippers to also join.

The FiertéTrans organization in Montréal honours an outstanding member of the transsexual community each year with its Lana St-Cyr trophy.