James Arthur Hamilton was raised in Vancouver. His father, an immigrant from the US, was a foundry worker and union organizer until he developed silicosis of the lungs. His mother was a Chippewa native, originally from Montana, and a founder of the Vancouver Aboriginal Friendship Centre. Together they co-founded the Unemployed Citizens Welfare Improvement Council (UCWIC), and were among the first members of the Downtown Eastside Residents' Association (DERA). 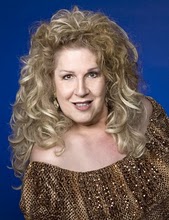 However they did not understand about transsexuality, although their child became a patient of William Maurice at the University of British Columbia Health Centre, and as such the first teenager in Canada to be accepted as transsexual. James was taunted at school and left at 15.

She turned tricks both as male and as female and worked in bars as a female impersonator. She became Jamie Lee in 1975. Her father, who had been reading up on transsexuality, gave his blessing though on his death bed in 1979. Jamie Lee completed her transition with surgery in 1983.

In 1984, a residents' movement in Vancouver's West End obtained an injunction in the BC Supreme Court that completed the pushing of sex workers and deinstitutionalized psychiatric patients into the industrial no-man's land of Downtown Eastside. Jamie Lee became an activist for her local community, for sex workers, for aboriginals, for transsexuals and gays.

She held various positions in Downtown Eastside Residents' Association (DERA). She organized DERA demonstrations when long-term residents were evicted for Expo 86. She was elected the 10th Native Princess, 1988, and the same year was the founding president of the Canadian Union of Public Employees (CUPE) sub local 15, which is still going. She was Ms Gay Vancouver, 1991, which led to her performing with the New York travelling cast of A Chorus Line. In 1993 she started a hot meal and food bank program for trans sex workers from the First United Church. From 1993-7 she ran a clothing boutique, food bank and drop-in for sex workers.

She first ran for a seat on Vancouver City council in 1996, the first trans person in Canada to run for public office. She came 14th out of 58, the first 10 being elected. Xtra West awarded her their Community Hero Award. From 1996 to 2001 she ran Grandma's House, a non-profit centre for sex workers, and agitated to bring attention to the missing women in the period before the arrest of serial killer Robert Pickton. 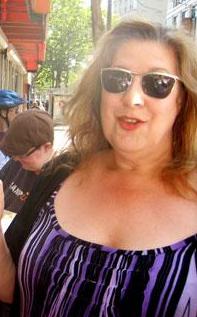 She dumped 67 pairs of stiletto shoes on the steps of City Hall to symbolize 67 missing women. In 2000 she was arrested and charged with running a bawdy house. Her release was conditional that she close Grandma's house. She is the founder of Change the Code, a national lobby group advocating legal reforms re prostitution. She ran for member of Parliament for the Green Party in 2000. In 2006 she campaigned successfully against an attempt to trademark the word 'Pride'. In 2008 she attempted to run as a parks board candidate, but was dropped as a candidate as being too controversial. In 2009 she was one of many refused service at Lu's women-only pharmacy.

She is again running a community centre for sex workers. She is doing a thesis at the University of British Columbia: "The Expulsion of Sex Workers from Vancouver's West End, 1975-1985".  She has a list of over 25 women who have disappeared since Pickton was arrested, and argues that there is at least one other similar killer.

“Hamilton is, famously, 'an unrepentant whore.'  Is she also an unrepentant madam? Sitting with her recently, I ask point-blank, 'So, were you running a bawdy house?'  She looks nonplussed: 'Well, yeah.' A hand flicks at some imaginary dirt on a cushion. 'But so is every five-star hotel in this country.'

'And you know what I really resented? They called it a common bawdy house. Listen, there was nothing common about it.'"

The Unrepentant Whore: How Jamie Lee Hamilton
changed the way we look at Canada’s underclass.

The biography of Jamie Lee Hamilton by Barbra Daniel seems to be totally unobtainable.  Neither Amazon, nor any other retailer, has a copy.  I tried and failed to get it through interlibrary loan.  As it was published in Canada, there should be a copy in the National Library of Canada, but there is not.
Time: 15:34