Marjorie Garber did a BA at Swarthmore College, 1966, and a PhD at Yale University, 1969. She is a noted Shakespearean scholar, with wider interests in cultural studies, and is currently Professor of Visual and Environmental Studies and of English and American Literature and Language at Harvard University. 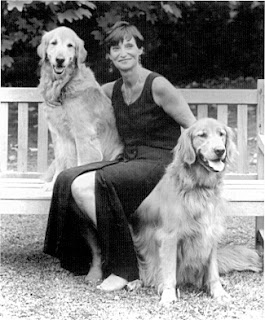 In her 1993 book, Vested Interests, Garber explores the way that 'transvestism creates culture, and ... culture creates transvestites'. She points out that most commentators on the topic of transvestism look through rather than at the cross-dresser, seeing only a male or female manqué rather than a transvestite as such. Not that Garber herself perceives a third sex as a term or a 'sex':

'the "third" is a mode of articulation, a way of describing a space of possibility'. It challenges the 'binarity' of 'female' and 'male'.

In cultural terms, cross-dressing acts as an index of 'category crises'. Such category crises - failures of definitional distinctions, permeable borderlines between societies' categories: black/white; Jew/Christian; noble/bourgeois; master/servant - 'are the ground of culture itself', and the anxieties they provoke will 'always' displace onto a transvestite figure or mode.

The 'apparently spontaneous or unexpected or supplementary presence' of a transvestite, where the primary theme does not seem to be concerned with gender difference or blurred gender, indicates a category crisis elsewhere that has been displaced onto a figure that is already symbolic of the margin. Thus Garber goes on to explore the frequent appearance of transvestites in the interaction of Euro-American culture with Jew, blacks, Moslem countries etc.

Garber’s book, while she does here and there discuss real-life trans persons, is about the place of cross-dressing, or perhaps androgyny, in culture.  This place can often be quite at odds with the place of real trans persons in society.  The classic example is the ancient Greeks who had androgynous gods at the same time as they killed any intersex children.

Nobody really seems to have done any thing with Garber’s gigantic book, except to be in awe of her erudition.  Her major insight is that category crises result in fictional trans persons of one kind or another, being created and appreciated.  One the other hand, there are people who cannot tell fiction from real life, and being situated in a real-life cultural crisis, be it capitalism, colonialism, racial conflict, war or whatever, encounter a real-life trans person, and lash out, often killing the person, rather than dealing with the real-life oppression.
Time: 06:40