Maria Teresinha Gomes was born on the island of Madeira. She ran away from home at 16, and made her way to Lisbon. Her parents gave her up for dead. 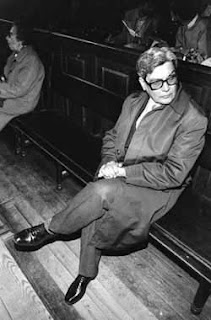 A nurse, Joaqina Costa, shared his house his house for 15 years. Using this authority, he persuaded neighbours to trust him with their investments.

In 1992 he was arrested for fraud and his original gender was revealed. However he presented as male at his trial. Costa testified that she had never doubted that he was a man. Other witnesses still addressed him as ‘general’.

Tito Gomes is in both the English and Spanish Wikipedias under his pre-transition name.  This is also true of Charlotte Bach.   For whatever reason there is no entry in the Portuguese Wikipedia under either of Gomes' name.