Enzo Anderson was born and raised in Toronto by Italian-immigrant parents.  He graduated as a civil engineer in 1988, and worked as a supervisor at a concrete manufacturer. 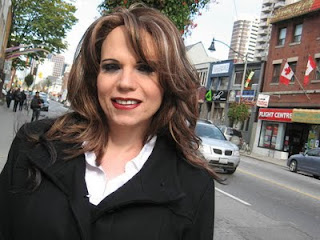 At weekends he hung out with drag queens in Toronto’s gay village. When he was laid off, she became Enza and worked at a gay bar. She started calling herself ‘Supermodel’ although she has never walked a runway.


In 1998 she was on the cover of the Toronto Sun giving the then Toronto mayor, Mel Lastman, a sloppy kiss at the end of Pride. Two years later she ran against him for the office of mayor and came in third. In 2002 she ran for the leadership of the homophobic Canadian Alliance Party (previously the Reform Party and now the Conservative Party). Stephen Harper (now Prime Minister) won, and Anderson had to drop out because she was not raising enough money. In 2003 she ran against the city incumbent in the Toronto downtown ward, and came second.

In the same year, she had breast enhancement, charging it to her credit card. 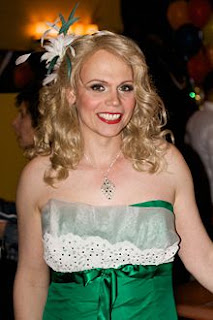 She got herself a job writing for the free daily, Metro, by cold-calling the Toronto editor and reminding her of her political runs. She profiles Toronto’s party scene, attending 200 parties a year, and also profiles transit users. She also contributes to Fab and to Xtra.

She has done volunteer work with AIDS and gay youth charities, and was on the Police Liaison Committee.

In 2008 she was Grand Marshall for Toronto Pride.

She has a small part in the 2010 horror movie, Horrorween.