William Smith worked in Queensland as a farm labourer, drover, railway navvy and cane cutter in the 1920s. He obtained 851 acres of land, but lost it and his cattle after a severe drought. He returned to labouring and moved with the seasonal farm work. 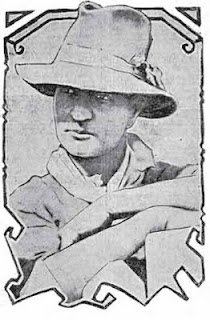 In 1928 he rode into New South Wales.  He took employment at the Waterside Estates. He agreed to a pay cut in the middle of a drought on agreement of higher wages afterwards. The drought broke in March 1929 but from then on he was not paid at all. He quit in May, and in June took legal action claiming £39 12s 3d.

Thomas Waters, the employer, first avoided the claim by transferring the property to his wife, and declaring bankruptcy, and then by claiming that William Smith was a woman. Smith gave interviews to a few newspapers in which he admitted that he might not be male. He was admired as a “plucky Sydney girl” trying to survive.

The first court case was on 28 August 1929 and Matilda Waters, now the owner of the farm, made a counter claim of £45 12s 3d for the keep of Smith and his horse. The defence solicitor pursued the argument that Smith was a woman based on the newspapers articles. Smith conceded that he he might be a ‘half-and-half’ or a hermaphrodite. The agreed wages had been at a male rate.

There were several adjournments and the second hearing was heard on 13 November. A doctor testified that Smith was a woman but with the muscular development of a man and capable of doing physical work as well as a man.

Evidence was also admitted through cross-examination that Thomas Waters had a previous conviction of obtaining £350 through false pretences, was a declared bankrupt and had been committed for trial on two charges of false pretences. The magistrate criticized Smith as “not an entirely truthful witness”, but but awarded him the full amount claimed plus £1 5s 3d cost. The counter claim was denied.

*Not the jockey, Bill Smith.