Raised in Long Beach, Long Island, New York, Allyson Anderson was 14 when she was at the Stonewall Tavern on June 27, 1969, and apprehended on the first night of the riots. 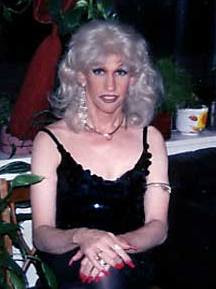 She took her name from two Lana Turner films: the daughter Allison in Peyton Place, 1957, and Holly Anderson in Madame X, 1966. She became Mrs Allante by marriage. She has been married to men three times.

In more recent years she has been active in the Stonewall Veterans Association, and has been elected Queen and president of the Imperial Queens and Kings of New York.

She was the only real Stonewall transgender person to appear in the 1996 Stonewall film.

She is not mentioned in either Martin Duberman’s nor David Carter’s book on Stonewall.
Time: 10:50